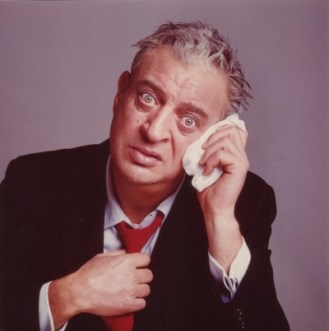 “Why is it that people don’t appreciate our profits?” Research in Motion co-CEO Mike Laziridis asked the New York Times in an interview.

Laziridis, who was asking the questions despite being the subject of the interview, seemed genuinely confused about the public and press response to RIM’s progress over the last few years.

Of course, Laziridis is no fool. He knows that RIM has struggled to compete, both in terms of hardware and software, with mobile innovations sparked by Apple’s iPhone and Google’s Android platform. He just wishes people acknowledged the company’s success, as well as its failures.

RIM’s other CEO, Jim Balsillie, stressed to the NYT that transitioning to an entirely new platform is harder than most think: “No other technology company other than Apple has successfully transitioned their platform. It’s almost never done, and it’s way harder than you realize. This transition is where tech companies go to die.”

Balsillie’s point is worth considering: Both Google and Apple started fresh with their mobile platforms, while competitors — including Microsoft, Nokia, Palm, and RIM — were forced to change their strategies to compete. Microsoft managed to rebound with Windows Phone 7, as did Palm with the Pre and its other WebOS devices (although those innovations weren’t enough to keep the company afloat on its own). Nokia has practically given up on its platforms and will instead rely on Windows Phone 7 as its flagship software.

After a series of clunkers for RIM — including the woefully misguided BlackBerry Storm and Torch phones — 2011 seems to be the year when the company can finally strut its stuff. The BlackBerry PlayBook tablet, which will launch on April 19, is the company’s first volley against Google and Apple. It’s running software from QNX, a company RIM purchased last year, which is expected to make its way to BlackBerry smartphones eventually. RIM also has new phones that focus on multitouch capabilities, including the BlackBerry Touch, coming soon.

Another issue RIM has notoriously struggled with is the availability of apps. It’s much easier for developers to create mobile apps for the iPhone and Android, than to jump through hoops for RIM’s platforms. The company says it’s now working to make life easier for developers. The PlayBook will also be able to run select Android apps through a special app player — a surprising move, since it will also give Google’s platform an inroad to enterprise markets where RIM is traditionally king.

Balsillie seemed ready to accept a reality where RIM is no longer the leader in enterprise smartphones. “To be pretty blunt about this: how many people in the world have computing devices in phones, and how many do we have to sell to ensure that we’re a rip-roaring success over the next five years?” he asked the NYT. “You’ll find that you don’t have to be all things to all people.”