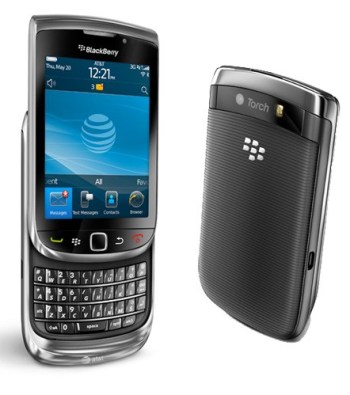 Only a few days after the BlackBerry Torch’s August 12 launch, Amazon has slashed the phone’s price in half from $199.99 with a two-year contract, down to $99.99. The news comes after a report from Goldman Sachs today that called the Torch’s launch “underwhelming”, according to the Street Insider.

Goldman’s report noted that most of the stores it called didn’t sell out of the Torch and that most purchases were made by current BlackBerry customers. Meanwhile, it found that sales of popular new Android phones like the Droid X and Evo 4G remained strong.

AT&T is still listing the BlackBerry Torch for $199.99, but it’s available at Amazon and other sites for $99.99, reports PC World. It’s unclear if the price drop comes from the retailers or RIM itself, but I’ve dropped a line into RIM for clarification. The Torch is a big deal for the company because it features a slide-out keyboard — so BlackBerry fans can still type on physical keys — with a revamped touchscreen operating system in BlackBerry OS 6.

While we don’t know for certain why the price was dropped, it’s fair to assume that it was in response to the Goldman report. It’s not surprising that RIM might drop the Torch’s price — after all, it’s much less powerful than competing Android phones and the iPhone 4, all of which retail for the same $199.99 price tag — but it’s certainly a shock that we’re seeing a lower price so soon. If it was a RIM move, it screams of desperation, and it also highlights how unwise it was to position the Torch as a high-end smartphone when it definitely wasn’t.

In addition to its slow processor (it runs at 624-megahertz compared to current Android phones with 1-gigahertz speeds), the Torch also boasts a diminutive 3.2-inch display with a low 360 by 480 resolution. Its display is smaller than the iPhone 4’s 3.5-inch screen, and much lower than the 854 by 480 resolution that the Droid X and Droid 2 feature. The Torch was released the same day as the much more capable Droid 2 — which also sports a slide-out keyboard — so there was little reason for anyone, besides the BlackBerry-faithful, to anticipate it.

That the Torch was launched on AT&T certainly didn’t help its situation. Heavy mobile users on other carriers would need more than a slightly revamped BlackBerry to move over to AT&T — perhaps the most hated mobile carrier in the U.S. thanks to its iPhone reception woes. And users already on AT&T have the choice between the much more appealing iPhone 4, or the newly released Samsung Captivate — part of its Galaxy S line of Android phones.

It remains to be seen if dropping the Torch’s price will increase its sales significantly. The lower price will likely help somewhat, but it certainly won’t fix RIM’s bigger innovation problem. If this is the best the company could come up with to compete with the iPhone and Android (which ousted BlackBerry in the last quarter as the top-selling mobile platform, according to one firm’s estimates), then RIM is clearly in trouble.