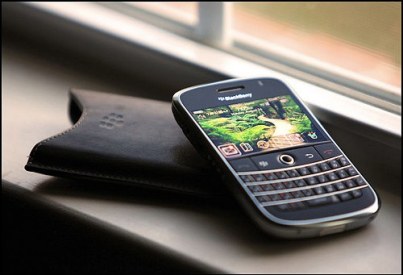 In what will likely be the first of many major power struggles at BlackBerry maker Research in Motion over the next year, the company is reportedly considering ousting co-CEOs Mike Lazaridis and Jim Balsillie as co-chairmen of the board.

In their place, RIM is considering anointing Barbara Stymiest, a former COO of the Royal Bank of Canada, who has been on the company’s board since 2007, sources tell the Financial Times. That would make Stymiest the first independent chairman at RIM, and it would also reduce the influence of Lazaridis and Balsillie, who have been heavily criticized for the company’s performance in the post-iPhone era.

Seven independent directors of RIM’s board — including Stymiest, but not including the co-CEOs — have been exploring the board’s structure, according to the FT. In particular, they’re considering the “business necessity” for Lazaridis and Balsillie to hold significant board roles, as well as the need for a lead director (a role currently served by John Richardson since 2007).

RIM is expected to issue its full report on the matter at the end of the month. The board shakeup was sparked by investor outcry at the company’s last shareholder meeting (though honestly, it should be self-evident by now that some sort of change is needed at RIM).

Balsillie and Lazaridis notably own 12 percent of the company’s outstanding shares, making them the second and third largest shareholders, the FT points out. That has allowed them to deflect previous efforts to remove their from their co-chairmen and co-CEO roles. But it’s unclear if they’ll be able to resist further attempts after the company’s 2011 performance, which saw its stock fall 75 percent.

RIM certainly needs to shape up somehow to survive 2012. The company’s long-awaited BlackBerry 10 devices were delayed until the end of the year (and are already being called a failure). They’ll likely be too little, too late to help RIM gain considerable ground against the iPhone and Android.