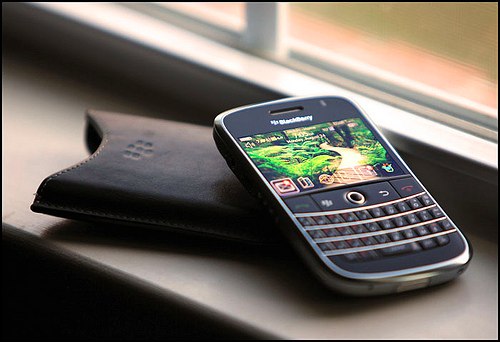 There is no doubt RIM’s fortunes have been receding of late. The share of BlackBerry smartphones in North America is plummeting (although still strong in other parts of the world) and revenues are down. Competition is fierce. Can new management and stated objectives for future products at RIM turn things around or is it too late?

Despite what some believe, I don’t think it’s necessarily over for RIM and BlackBerry. It still has a loyal, if shrinking, following in the enterprise and government. And in other parts of the world like Latin America and Indonesia, it’s a leading consumer smartphone brand. However, without being a leader in North America, long term prospects are bleak. RIM needs to recover from a market perception of being old, clunky and uncool. And it needs a compelling user experience fueling that perception change before it can regain momentum.

To that end, RIM needs to start executing on its long delayed vision, including getting BlackBerry 10 out to market post-haste on new, compelling and competitive products that replace the stop-gap BlackBerry 7 devices (but without turning off its current loyal fans by offering a completely radical new design). If BB10 slips past the fall of this year, we expect it will get even uglier for RIM. We believe the new management team (led by new CEO Thorsten Heins) understands the urgency of their current situation, and they seem to be making some moves that weren’t taken before, including management shakeups and bringing in some new faces. (Although the team certainly wasn’t brave enough for former co-CEO Jim Balsillie’s radical plan to reinvent the company.)

Heins seems to be open to exploring all kinds of business models from licensing to ODM outsourcing, which we see as positive. Despite the doom and gloom, it is important to note that RIM is still making money (the last quarter would have shown positive earnings if RIM hadn’t booked a loss for write-down’s), so they are not without resources, nor are they without some compelling technologies (e.g., QNX, Balance, Cascade).

Management recently stated they would focus less on the highly competitive and cut throat consumer market. However, RIM can’t afford to completely ignore the consumer space, as so much of business buying is now influenced by consumer attitudes and desires. We believe RIM should focus on pro-sumers, while decreasing focus on the lower end of the consumer market (it’s hard to make money in low end smartphones and tablets, which is becoming a key market for the Android camp).

RIM refocusing on its strengths is a good thing. It’s okay to be a smaller company with good margins, and that seems to be the direction RIM is pursuing. Further, its core business users are willing to spend more than consumers, so targeting these higher margin accounts is a smart move.

One positive note for RIM did emerge recently. RIM stated that they sold about 500,000 PlayBooks last quarter. Part of that substantial increase in sales was due to the fire sale price used to clear out inventory. But there’s a significant number of units in the market (>1.5 M) to potentially leverage if RIM can keep the momentum going. Of course, this is nowhere near iPad numbers, but at least RIM is moving forward with a device that has potential for its core business users.

Further, the PlayBook with OS 2.0 indicates what the BB10 experience will be like (they both share the same core OS DNA), so continued acceptance of the PlayBook may be a leading indicator of how well BB10 devices will be received (assuming the final device hardware is as compelling as the OS).

Bottom line: RIM needs to execute and get the new OS out quickly. It will continue to bleed market share until then. And if the new devices with BB10 aren’t compelling, it won’t be able to keep the business users they now have for long either, given the increased momentum to other platforms. A lot is at stake here. BB10 is really a make or break for RIM. RIM seemsto understand this.

Now it just requires execution. Most organizations (and users) are in a wait and see mode until the new devices become available, after which RIM will be judged accordingly.