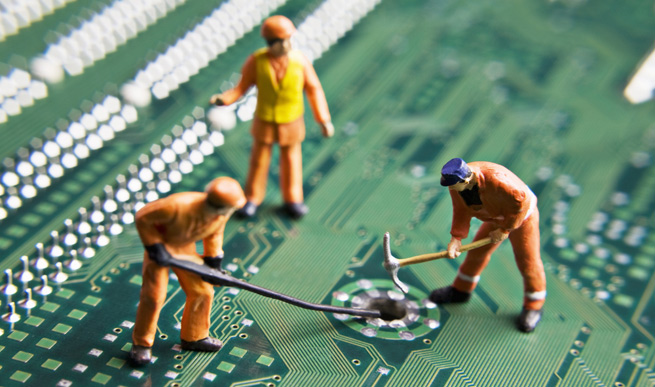 Research In Motion, the company behind the ailing Blackberry platform, has hired a law firm to help it with a company-wide restructuring plan aimed at making the company profitable again. The plan could include selling off resources, seeking joint ventures, or licensing its patents.

After losing a significant portion of its market share to Apple’s iPhone and smartphones running Google’s Android operating system, RIM has been looking for ways to boost revenue. Previously, RIM had been in talks with major cell phone carriers to include some of its network services, such as the popular BlackBerry Messenger (BBM), on competitors’ devices. However, this plan was being spearheaded by Jim Balsillie, RIM’s recently ousted co-CEO. Since January, RIM has been under the direction of new CEO Thorsten Heins and it’s uncertain if Heins or the company’s restructuring will continue along the path set out by Balsillie.

“This is a very mature strategy and RIM was very far down the road with a lot of those discussions with carriers,” a source told Thomson Reuters.

For RIM, its latest restructuring efforts can’t come quick enough, as it’s losing large sums of cash fast. In its most recent quarter, RIM posted a $125 million dollar loss, and before that it took an even larger hit due to its underwhelming sales of the PlayBook tablet computer. RIM’s stock has dropped 75 percent in the last year.

According to the source at Thomson Reuters, an abundance of investment banks have approached RIM during the past few months all advocating to fill the role as RIM’s financial adviser. However RIM is not expected to hire any bankers until it has decided to sell off any major company assets or gets a bid for takeover interest in the company. The law firm contracted to consult on the restructuring is Milbank, Tweed, Hadley & McCloy LLP.