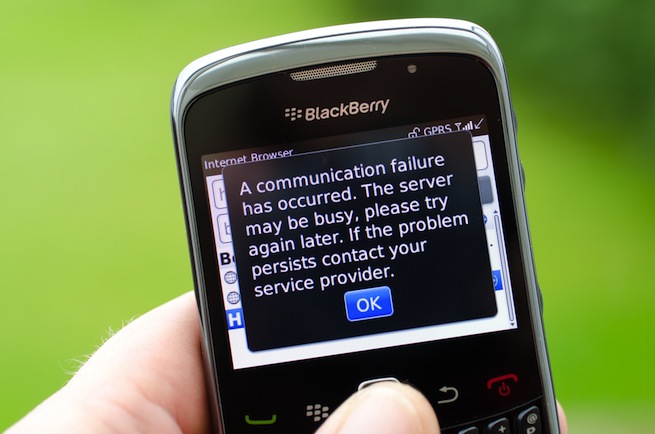 Research in Motion is a really forward-thinking, technologically-advanced smartphone creator, said no one recently.

The company is in a downward spiral, and a look at its timeline shows just how the company progressed from innovator to struggling dinosaur.

The Canadian company started out with a bang in 1999, after releasing the Blackberry 850 pager, equipped with QWERTY keyboard. Revenue climbed as RIM released more phones with wireless data connections and users got used to the ease of checking e-mail on their phones. Soon after, the company introduced the popular Blackberry Messenger application.

But as soon as iPhone and Android smartphones hit the market, RIM seemingly lost its ability to compete. Today, RIM is restructuring and even hired a law firm to help it get organized. This could involve selling off assets, licensing patents, and more. So while the timeline below suggests RIM’s impending doom, the company may be able to sell off enough limbs to stay relevant.