Another long time Yahoo employee departs — Jeremy Zawodny, a programmer who had been with the company since 1999, is moving on to a unnamed smaller company. Zawodny helped launch the Yahoo Developer Network and worked on several internal projects for the company. In his blog post on the topic, Zawodny points out that his departure is completely unrelated to the failed Microsoft takeover and now the Carl Icahn takeover bid. He follows other old-school Yahoo employees such as Bradley Horowitz out the door (Horowitz went to Google).

Did Loopt beat out Whrrl for Apple WWDC keynote placement? — A May BusinessWeek article insinuated that Whrrl might be one of the 3rd party iPhone apps showcased at the WWDC keynote. Instead, a competing location-based service (LBS) app, Loopt, was. Whrrl, created by Pelago, was the first app to be accepted into Kleiner Perkins’ iFund program, which is giving out $100 million to 3rd party iPhone app developers. Snub or oversight?

Google Street View turns one, adds a ton of cities — The controversial and borderline voyeuristic site has rolled out the service in 37 new areas. Find the full list on their blog post, and also note that a number of national parks are now included in the project. 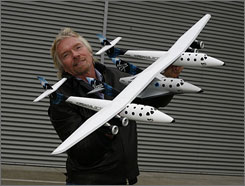 Virgin Galactic rolls out the mothership, no really — The new aircraft, called WhiteKnightTwo, is designed to haul the passenger-filled SpaceShipTwo to its orbital altitude of 50,000 feet, according to USA Today. Billionaire Richard Branson is the “Spaceliner chief” of Virgin Galactic. In other billionaires in space news, Google co-founder Sergey Brin made a $5 million investment in Space Adventures, a company that will take two passengers up to the International Space Station in 2011 — expect Brin to be one of them.

Microsoft can’t buy Facebook, so it has built its own Facebook — Okay, that’s a slight exaggeration, but it is interesting that the software giant, which owns a small percentage of the social network, has now built and is testing a network that is described as “Facebook-like,” according to InfoWorld. The project is called TownSquare, and is already in use by around 8,000 Microsoft employees.

Sirius-XM merger faces hold up in Washington — A new letter being requested by the Senate indicates that the two satellite radio companies have not complied with the FCC requirements that their receivers be interoperable, according to the Wall Street Journal. Such an omission could stall, or kill, the deal.

Symantec buys SwapDrive — The deal, signed last week, is said to be for $123 million, according to TechCrunch. SwapDrive competes in the online storage space with AOL’s Xdrive and Microsoft’s Windows Live SkyDrive, and there is always rumor that Google will enter the space as well.

Cella Irvine is named chief executive of the About Group — The About Group runs the popular website About.com, which is owned by The New York Times Co.

Semiconductor Industry Association (SIA) cuts forcast for growth — The chip giant says sales will slow in 2008 due to price pressure from the memory sector.

A Korean blog fuels a massive protest — You have to go to this site to see the picture, it’s crazy.

Daughter of well-known valley VC Tim Draper, has a new valley show coming — The show, called Valley Girl, will be about innovation in Silicon Valley. It will debut next month with interviews with Google chief executive Eric Schmidt. Jesse Draper is one of the stars of the hit Nickelodeon show, Naked Brothers Band. 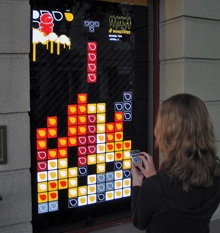 Wall Tetris at MindTribe — The Palo Alto-based company has a really cool interactive game on one of its walls that passers by can play with their cell phones.