As with other fitness-tracking apps, Runkeeper has been available for Apple Watch for months already, but with its latest incarnation, it’s inviting users to leave their iPhones at home. This would seem a rather counterintuitive thing to do, given that Runkeeper has always been about its GPS functionality and, well, the Apple Watch doesn’t have GPS. But the company is adamant its 40-million-strong army of users won’t be disappointed.

Even if you do leave your iPhone at home, you’ll be able to see your heart rate, time, distance, and average pace — all in real time, on your wrist. Moreover, you’ll also be able to select your activity type from your wrist and see a recap of your run’s stats at the end. Jacobs also told VentureBeat that Runkeeper will add other features to the app, including split times. 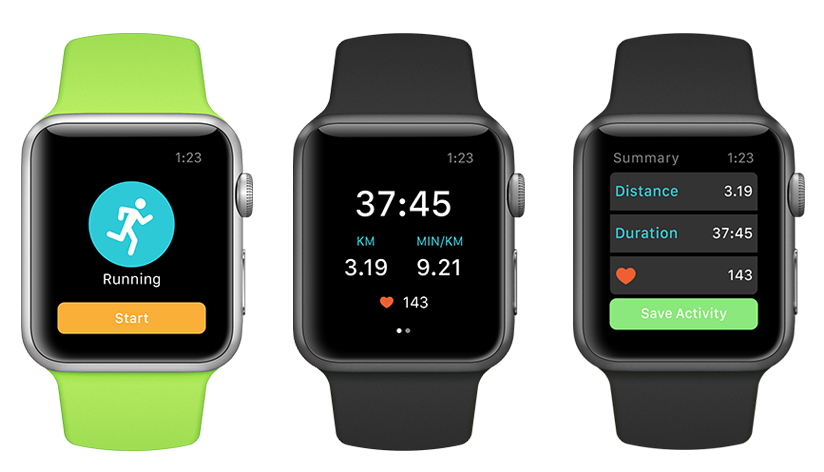 But without GPS, how does Apple gauge distance and, as such, average pace?

Some activity trackers, such as Nike’s original FuelBand, also offered a distance metric, but that took more of a pedometer-esque approach and wasn’t overly accurate. Today’s Runkeeper launch comes one month after Apple rolled out WatchOS 2 for the Apple Watch, and with this it promised “native apps” that run entirely on your wrist. This is what’s letting Runkeeper untether itself from the iPhone, though it’s not entirely clear how it sidesteps the no-GPS issue — it’s likely a combination of Wi-Fi data (the Apple Watch uses both Wi-Fi and Bluetooth to transfer data) and the on-board M8 motion coprocessor.

Only time will tell how accurate this method is. Jacobs said the accuracy will depend on factors such as location (region), as well as environmental considerations such as clouds and buildings. We’re also told that its accuracy should improve over time, the more you use it.

Given that iPhones have increased in size, it becomes impractical to carry your phone with you on jogs or longer runs. And this is why standalone GPS watches from the likes of Garmin remain popular. It’s clear that Apple is vying for markets that haven’t been hit by the rise of smartwatches, and by letting Watch off the leash it should lend itself better to more use cases.

That said, serious runners or cyclists who care about accuracy will likely want to take their iPhone with them, or buy a separate GPS watch. Alternatively, those in the Android realm can already use Runkeeper with Android Wear, and there is already at least one timepiece with GPS built in. It’s likely that future editions of the Apple Watch will include GPS too, and that could be a game-changer.

Runkeeper is one of the stalwarts of the iPhone world, having introduced its first app shortly after the App Store launched in 2008. Jacobs said that one of the longest-standing requests from users has been to access the service without carrying their phone around. And with this latest update, that’s finally possible. If you have $350 to spare, that is.