Throughout 2019, the 5G chip business has effectively been Qualcomm’s to lose — between its Snapdragon 855-series processors and its X50/X55 modems, Qualcomm won the business of almost every company interested in producing a 5G consumer device. But with 2020 just around the corner, rivals Samsung and Mediatek have emerged as top 5G chip alternatives for device makers, a point that’s expected to become increasingly obvious in the waning weeks of 2019.

As just one example, China’s leading 5G smartphone vendor and India’s third-ranked player — Vivo — has won customers in those two huge markets with aggressively priced phones. Overnight, Vivo confirmed that it has selected Samsung’s all-in-one 5G chip, the Exynos 980, to power the new X30 smartphone it’s launching next month. That’s not just a significant design win for the Exynos 980, which could be the first Samsung 5G chip to thrive in non-Samsung smartphones; it also means the 980 will be on shelves a little earlier than expected. Samsung originally said the chip would enter mass production by the end of 2019, with initial device rollouts following in early 2020.

To be clear, a single OEM win for Samsung — even from an increasingly popular vendor — isn’t likely to keep Qualcomm executives up at night. The San Diego-based chipmaker enjoyed 5G hegemony during 2019, noting this week that it racked up more than 230 5G design wins across over 40 OEMs as of the end of fiscal 2019. But in 2020, there’s going to be a lot more competition to power 5G devices, and Samsung’s deal with Vivo signals what will likely happen with Chinese OEMs over the coming year. 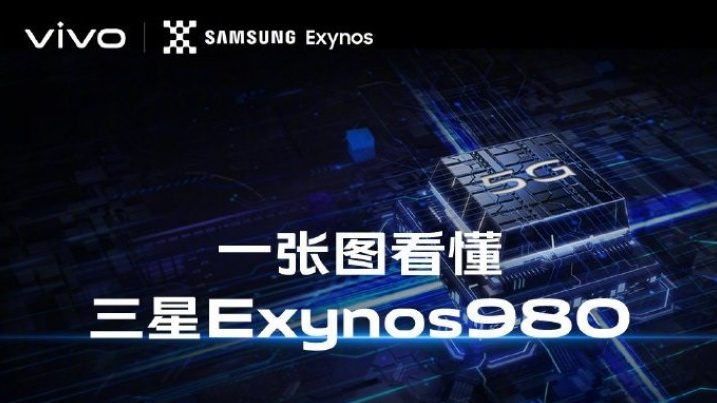 Earlier this year, Taiwanese chipmaker Mediatek unveiled the 5G SoC as an all-in-one chip that handles everything from CPU, GPU, and AI functionality to multi-mode 2G, 3G, 4G, and 5G communications. While Mediatek has been actively testing its 5G chips with carriers, there still aren’t any known devices using its processors. But that will change as it commences sales — initially solely to Chinese vendors — for 2020 launches. The company is expected to shed more light on its 5G chip plans in the very near future.

Samsung isn’t limiting its 5G plans to all-in-one chips. Last month, it unveiled the Exynos 990, which decouples the CPU, GPU, and AI features of its chip from a more powerful 5G modem that supports all of the 5G base stations currently in use — millimeter wave and sub-6GHz frequencies. It’s unclear whether the 990 will wind up solely in Samsung phones or find interest from third parties, but the dual-chip offering provides an alternative to Qualcomm’s best current option.

Another player, Huawei, remains worth watching. The Chinese company’s 5G gear has effectively been blacklisted in a handful of countries, but it has continued to deliver early 5G base stations and handsets to quite a few willing partners. Moreover, Huawei continues to actively tout the 5G speed records of its products, hitting 3.67Gbps on a live Swiss 5G network with multiple smartphones last month and 2.92Gbps on a single 5G smartphone on a test network in Turkey last week. Absent the ability to sell its chips directly to other companies in some countries, Huawei is actively trying to license its 5G technology; though how that will play out in 2020 remains to be seen.

It’s worth noting that Intel exited the 5G smartphone chip business in 2019 and sold most of its related holdings to Apple. In theory, Intel might have supplied Apple with 5G chips in 2020, but Qualcomm wound up winning that business — and likely at least two if not more years of additional Apple chip sales thereafter. Apple’s significant iPhone sales are likely to contribute substantially to Qualcomm’s latest 2020 estimate of 175 million to 225 million 5G handsets.

Qualcomm isn’t sitting still on the technology side, though we won’t know the full extent of its plans until its annual Snapdragon Tech Summit early next month. Persistent rumors of a more powerful sequel to the Snapdragon 855+ and further one-chip Qualcomm 5G SoC solutions are almost certainly on the cusp of proving true, and the company has already announced a one-chip solution called the Snapdragon 7 Series 5G Mobile Platform for early 2020 devices.

Many companies will be looking to single-chip 5G SoC solutions to make their devices smaller and more power efficient, but others — such as Apple — will select 5G modems to use alongside separate and/or self-developed processors. Qualcomm, Samsung, Mediatek, and Huawei all have options to cater to either type of customer; chip pricing and performance will likely determine which vendors win places in the next round of 5G devices.