Yesterday was a great day for Samsung: Galaxy Unpacked 2019 let the South Korean company flex its engineering and design skills while kicking off global sales of multiple flagship devices. This wasn’t a typical Unpacked event, as Samsung unveiled a folding phone, a 5G version of the Galaxy S10, and next-generation Galaxy wearables that all showed the company aggressively pushing new technologies forward.

Galaxy Unpacked is supposed to be Samsung’s chance to pre-empt rivals ahead of Mobile World Congress, the cellular industry’s biggest trade show, where the number one topic this year will be 5G — early 5G devices and new 5G networks are going to overshadow everything else. Unfortunately, despite announcing two new 5G devices on the beautiful Unpacked stage, Samsung and key 5G partner Verizon seriously dropped the ball by failing to make a compelling pitch for either the devices’ specific 5G features or 5G technology in general.

If you’re not already familiar with 5G, the two key things you need to know are that the next-generation cellular technology is blazing fast and super responsive. 5G devices will be capable of downloading 4K TV shows in seconds, transmitting volumetric 3D “holograms” during video chats, and livestreaming VR footage without perceivable lag as you turn your head. Over the next few years, 5G networks and devices will dramatically change communications, entertainment, and other industries.

Samsung and Verizon executives have been offering “why 5G” pitches for over a year now, but yesterday was their chance to actually demonstrate a real 5G smartphone doing any of these things. Roughly 800,000 people were simultaneously watching Unpacked live on YouTube. Simply demonstrating a three-second 4K movie transfer or a volumetric video call powered by 5G technology and the S10 5G’s new depth cameras would have made a huge impact on a large number of hard-core Android fans — the exact people who will need to support the new technology as early adopters.

That didn’t happen. Instead, Samsung invited Verizon CEO Hans Vestberg (fresh from a business-focused 5G keynote at CES) to offer a meandering pitch for the S10 5G, which ended on a somewhat odd note.

We are excited on 5G, and we’re excited to build this together with Samsung and bring it to the market. And I would say, if you are not excited about it, we at Verizon are super-excited to bring this 5G phone to the market, and just stay tuned.

Even if you followed 5G news every day, it would have been hard to know what to get excited about. Samsung’s press releases didn’t even attempt to quantify the Galaxy S10 5G’s speed advantages over 4G models or detail what 5G would change on the Galaxy Fold. If anything, the S10 press release undermined the “5G will be faster” pitch, as even the entry-level S10e supports 2Gbps LTE download speeds. Why should anyone wait and pay more for the 5G model? 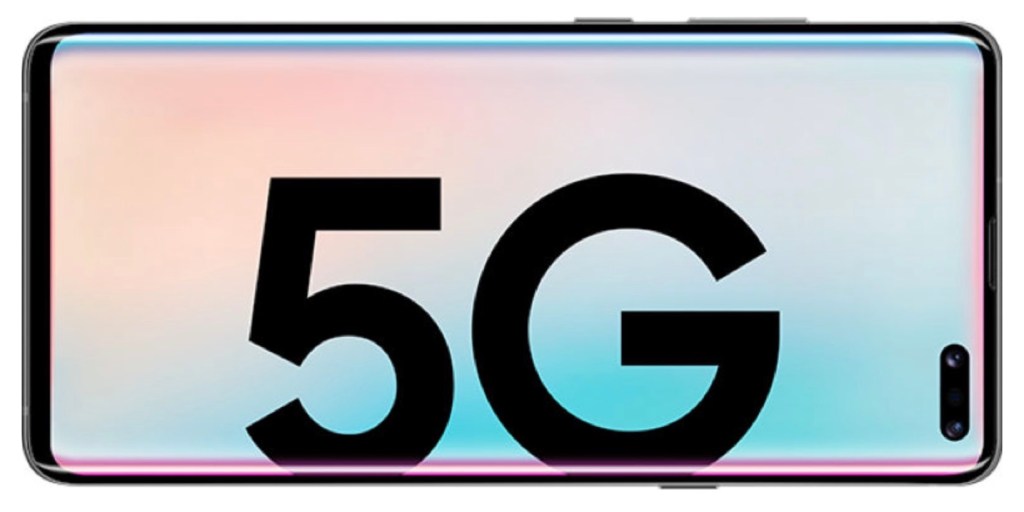 Above: Samsung’s pitch for the Galaxy S10 5G offered little incentive to prefer it to 4G models.

I’ll be the first to concede that Samsung and other 5G phone makers need to balance selling viable 4G devices today against the potential of supporting 5G launches currently taking place across the world. Moreover, the company might not want to promise that a 5G phone will be capable of 4-5Gbps peak speeds on a 5G network when some of its carrier partners aren’t yet guaranteeing 1Gbps peak speeds to customers.

Responsibility for that dilemma is ultimately in the hands of carriers, especially Verizon. The company was quick to publish a gloating “we’re first” press release touting its “5G Ultra Wideband network” and a deal to get the S10 5G early. “Folks who choose Verizon can get a 5G smartphone on our 5G Ultra Wideband network,” said Verizon CTO Kyle Malady. “Everyone else has to wait.”

But proclamations of “first” and “fast” are pointless without quantification. The same press release said only that Verizon’s network “will provide download speeds that are significantly faster than 4G,” without providing any hard numbers. Even at this late stage — six months after the launch of its 5G Home network — no one knows how fast Verizon’s mobile 5G service will be. If it’s like 5G Home, it will typically be in the 300-600Mbps range, and only available in limited areas.

For consumers, there’s increasing evidence that 5G will be confusingly marketed as a “revolutionary” improvement over current minimum performance, a guarantee that 5G users won’t be stuck at 20Mbps rather than that they’ll commonly achieve 2Gbps. That’s not an exciting pitch, and since 4G networks are already continuing to boost those minimum levels, 5G is going to be harder to sell to customers.

If cellular providers want to get people excited about 5G — and to inspire the next wave of device upgrades — they need to avoid doing what Samsung just did, and instead draw a clear line in the sand dividing next-generation 5G from last-generation 4G. That means making the tough call 4G and 5G chipmaker Qualcomm hinted at last year, namely clarifying to global consumers whether 5G starts at 2Gbps, 4Gbps, or 6Gbps and whether there’s a minimum 5G latency or other marketable characteristic that definitively sets 5G apart. Keeping the numbers fuzzy isn’t helping anyone.

Even though Samsung and Verizon didn’t make a great pitch for 5G yesterday, Qualcomm and the rest of the cellular industry still have a chance to upgrade their 5G marketing pitch — but they need to act quickly. MWC is just around the corner, and it’s fair to say that the world is expecting to see a clear, bold demonstration of what 5G is going to look like for customers. Booth demos won’t cut it: 5G needs a “Wow” moment at a global media event.

If that doesn’t happen this coming week, who knows whether or when the world’s attention will be so focused again. At this point, 5G has had several opportunities to make splashes with public demos, and for different reasons, none of them has actually panned out. I sincerely hope that changes at MWC 2019.