Complaints about shaky data service might wind up being the tip of the iceberg for Samsung’s flagship Galaxy S10 5G, as the company is now combating a South Korean customer’s claim that his six-day-old phone caught on fire “without reasons.” According to the AFP (via Economic Times), the manufacturer is blaming an “external impact” for the damage, which appears to have burned the device from the inside out, leaving it inoperable.

The Galaxy S10 5G is the world’s first fully integrated 5G smartphone, officially hitting South Korean stores via three carriers on April 5. It’s currently scheduled to arrive in the U.S. on May 16 via Verizon before becoming available from other carriers. 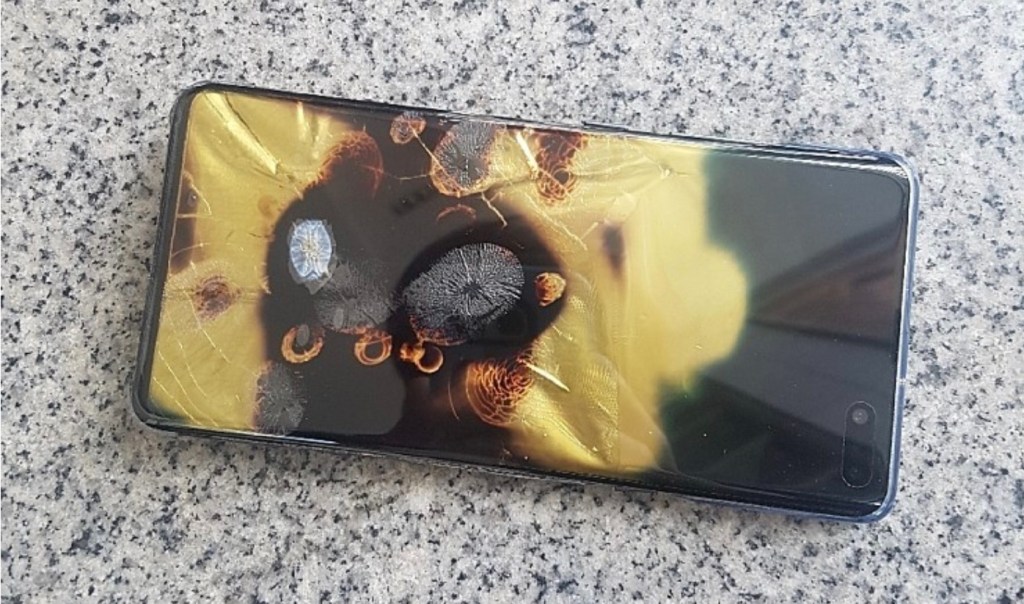 Photos of the device from the user, identified only by the surname Lee, show comprehensive damage to the front, rear, and sides of the new phone ranging from cracked glass to melted plastic and metal. Lee claims that the S10 5G was sitting on a table when it “started smelling burnt and smoke soon engulfed the phone,” and that he dropped the device because it was so hot. When he reached out to Samsung, the company refused to replace or refund the $1,200 purchase, suggesting that he was at fault.

While the cause of this issue remains unclear, Samsung doesn’t have a sterling track record with cutting-edge smartphones. Two and a half years ago, exploding batteries caused the company to kill the Galaxy Note7, and last week, the company delayed its flexible Galaxy Fold due to screen hinge issues discovered by reviewers only days before units were to hit stores. The company has denied responsibility for Galaxy S10 5G cellular connectivity issues that South Korean users previously reported.