Samsung is spinning out six new projects from Creative Lab (C-Lab), an in-house program that offers employees the opportunity to work on ideas separate from their core functions at the company.

C-Lab has been operating for more than four years, but it was only at CES this year that Samsung first showcased some of the fruits of the program, which permits employees to take a year away from their regular post to work on their idea. In June, Samsung revealed that it was spinning out five new startups as standalone entities. These included one based around quirky smart belts and an ‘idea printer.’ And a few months back, another spinoff turned to Kickstarter to help fund a new smart shoe for golfers.

Now, Samsung is shining a light on the next wave of C-Lab spinoffs — some of which were demoed earlier this year — and which are now officially on the fast track to becoming real products.

The Fitt360 is a completely new reveal from Samsung, and it doesn’t appear to have been demoed at any point in the past. Samsung calls the Fitt360 a “360 degree camcorder” that is apparently worn as a headband and lets users record everything around them in all directions. Based on the first product photo, however, it doesn’t look as though it literally captures video in all directions. But it promises hands-free controls, and should cater well to the burgeoning virtual reality (VR) industry.

“In comparison to existing 360-degree cameras, which are large and inconvenient, Fitt360 is hands-free and easy to use, allowing an individual to become fully immersed in VR content,” Samsung says. 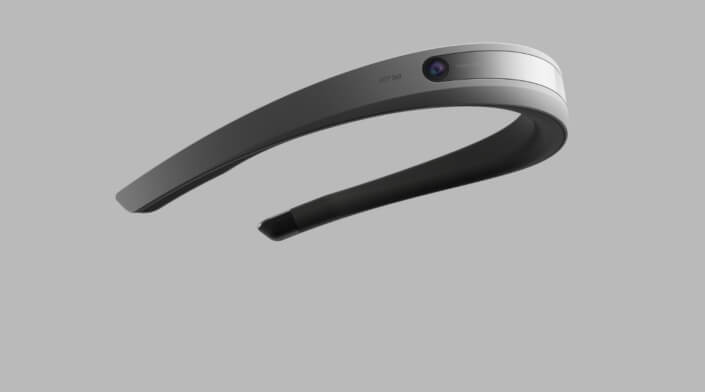 Smart watches may be in decline, but that isn’t stopping ItsyWatch from targeting kids with its smart habit-building wearable. In a nutshell, ItsyWatch strives to bring fun to otherwise mundane activities, such as teeth brushing, eating, and exercising. The on-screen characters give kids positive feedback, providing encouragement and “gamifying” everyday activities, while parents can also keep track of how their kids are getting on. 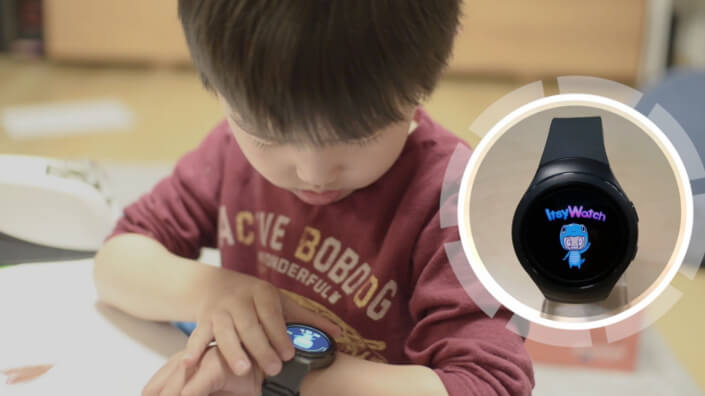 Samsung gave a glimpse of this smart triangular device earlier this year. “Ahead” can be attached to any helmet via magnets, such as those worn by bikers and skiers, and gives the wearer hands-free access to their smartphone or other communications device, such as a  walkie-talkie. It can also let users receive voice notifications and listen to music. 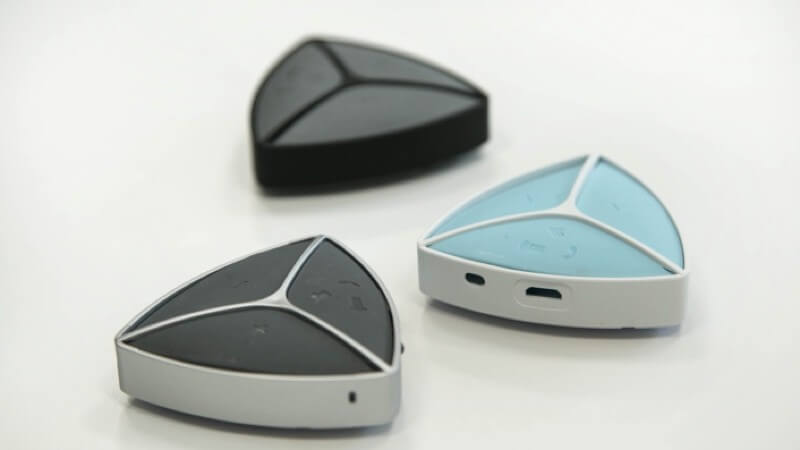 Licon taps the built-in camera on a smartphone to control connected devices around the home. Users snap a photo of any connected device, for example a home appliance, TV, vacuum cleaner, or kids’ toy, and the Licon app recognizes the device and opens an interface that lets the user control it. It’s designed to circumvent the need to navigate to product-specific apps by centralizing everything in a single app.

First demoed at SXSW earlier this year, Hum On is a mobile app that lets you make music by, well, humming. So, those who have zero musical aptitude but like to hum a tune can take things to the next level and convert their hums into musical notation. Gnarly.

Waffle was also demoed at SXSW this year. It’s a social network built around doodles, and it lets users draw on friends’ virtual walls. If you can’t find the words to say something, why not scrawl a picture, right?

It’s worth noting here that these are all still early-stage projects, and there is no indication when — or even if — they’ll reach the public market.