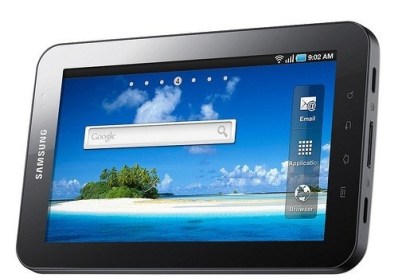 The company expects to sell 10 million units by the third quarter of 2011, gobbling up a third of the tablet market in the process, according to Samsung product executive Hankil Yoon, who spoke to the Wall Street Journal last week.

In comparison, Apple’s iPad sold 3 million units in about three months — a figure that far exceeded analyst expectations. Samsung expects to launch the Galaxy Tab in Europe in mid-September, and worldwide this fall. To reach 10 million units sold by Q3 2011, the tablet would have to be about as popular as the iPad with consumers.

One reason consumers may opt for the Galaxy Tab instead of the iPad is price. We’ve yet to hear any firm pricing announcements from Samsung, but Yoon estimated that it would retail between $200 and $300 (although that will likely be after wireless carrier subsidies). Consumers may be hesitant to lock into yet another cellular contract just for a tablet, so hopefully the unsubsidized price will remain less than the iPad.