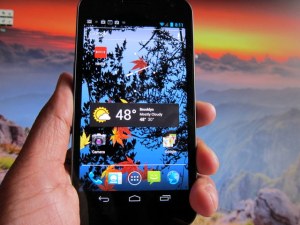 South Korea’s Samsung Sunday appealed Friday’s preliminary injunction against sales of the Android-based Galaxy Nexus. In papers filed with the United States District Court for the Northern District of California, Samsung lawyers argue that the judge had “legally insufficient evidence” that Apple would be irreparably harmed.

Samsung also attempted to move the legal goal posts for Apple, insisting the Cupertino, Calif. company show that any market losses must be “substantial” and due to an “infringing feature,” not just the presence of the product, reports FOSS Patents.

Friday, Judge Lucy Koh agreed with Apple’s claim that the Galaxy Nexus infringed upon the Siri unified search feature in the iPhone.

The temporary injunction is likely to remain in place at least until the appeal is heard.

In some of the most humorous legalese to come from this long-standing courtroom cat-fight, Samsung told the court the temporary injunction against the Galaxy Nexus was based on erroneous evidence “that Samsung and Apple are competitors.”

Those words even took aback FOSS Patents legal eagle Florian  Mueller. “That argument sounds preposterous if you look at the short version,” he wrote. What Samsung was actually trying to tell the court was that Apple cannot prove the South Korean company can hurt iPhone demand.

This case has a long history. Apple filed its motion for a preliminary injunction back in February, with Samsung responding in April. But the two have been courtroom combatants for even longer. In 2011, the two companies had been involved in 19 lawsuits, debated in 12 courts, stretching across 10 countries and four continents.

Apple has fought for court injunctions against Samsung’s Galaxy Tab 10.1 in Australian, the Netherlands and Germany, among other regions. Other dustups between the two firms happened in Italy, the UK, France, Japan and Samsung’s home:  South Korea. The United States just happens to be the latest and most important battleground for the tech rivals, making the outcome crucial for Samsung, as well as Apple, hoping to protect its huge market for the iPhone at home.