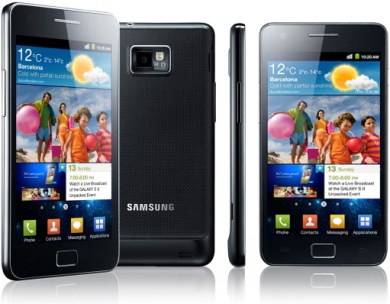 In the epic battle for smartphone dominance among Asian device makers, Samsung is on top with a record quarterly profit, while HTC faced a major blow in the holiday quarter.

Samsung admits that its earnings saw a spike from the $1.38 billion sale of its hard drive business to Seagate, but the company still managed to ship around 32 million smartphones during the quarter, according to estimates by Dongbu Securities. (The numbers aren’t too surprising, since Samsung toppled Apple as the world’s top smartphone maker back in October.) Facing stiff competition from both Samsung and Apple this season, HTC’s smartphone shipments fell to 10 million units during last quarter and are estimated to fall further to 8.5 million units this quarter.

The big difference for the two companies may be in how they position their flagship smartphones. Samsung launched its Galaxy S II line last year to much anticipation. All of the phones feature the same basic hardware, albeit with some minor differences in screen size and features. HTC, meanwhile, announced several new high-end phones during 2011, and it was sometimes unclear how they were different.

If a phone nerd like myself has trouble keeping track of HTC’s multitude of smartphone models, I don’t think a regular consumer would have much of a chance. By removing the complication of choice, Samsung can more clearly direct consumers to its new models.

Overall, Samsung said it sold over 300 million phones — including both smartphones and low-end devices — in 2011.