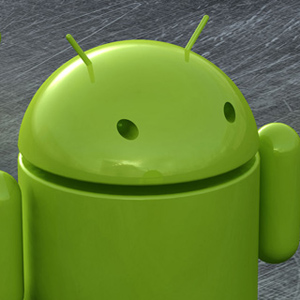 Microsoft has signed its largest Android patent deal to date that outlines huge cross-licensing with Samsung, maker of some of the most popular Android phones and tablets, the company announced today.

Under the agreement, Samsung will pay a royalty fee to Microsoft on every Android tablet and smartphone it produces, and the two won’t engage in any legal battles over patents related to Android. The agreement follows several deals Microsoft has made with Android manufacturers, with companies like HTC, Acer, ViewSonic, Velocity Micro and Winstron paying similar fees per Android device.

“Together with the license agreement signed last year with HTC, today’s agreement with Samsung means that the top two Android handset manufacturers in the United States have now acquired licenses to Microsoft’s patent portfolio,” Microsoft general counsel Brad Smith and IP lawyer Horacio Gutierrez said in a Microsoft blog post. “These two companies together accounted for more than half of all Android phones sold in the U.S. over the past year. That leaves Motorola Mobility, with which Microsoft is currently in litigation, as the only major Android smartphone manufacturer in the U.S. without a license.”

Samsung has also agreed to coordinate with Microsoft on Windows Phone 7’s marketing and development, signalling a renewed Samsung commitment to creating non-Android phones. Samsung already has some of the best Windows Phone devices on the market and no doubt it will want to create more after Google announced plans to acquire competitor Motorola Mobility in mid-August.

Microsoft’s Smith and Gutierrez said they hope this kind of agreement will be how major tech companies choose to resolve patent lawsuits, rather than continuing to fight in court.

“There undoubtedly will be a good deal of additional drama before this new generation of patent issues sorts itself out in its entirety,” Smith and Gutierrez wrote. “But as all of our agreements illustrate, a solution is increasingly in sight. Put in this context, today’s announcement does not yet represent the beginning of the end for this industry-wide assortment of issues. But to borrow a well-known phrase, perhaps we’ve now reached the end of the beginning.”

Do you think cross-licensing deals will ultimately be the way companies like Apple, Microsoft, Samsung, HTC and Nokia resolve the escalating patent battles brewing now?