Samsung has begun rolling out Android Nougat 7.0 to Galaxy S7 and S7 Edge devices, more than two months after having first made the update available to those on the Samsung Galaxy beta program.

In its announcement, the Korean tech titan revealed that the official rollout kicked off on January 17, though it didn’t state what markets this applies to. However, based on the beta program that kicked off in November, it’s likely it applies to the U.S., U.K., and South Korea, at the very least.

The Android 7.0 update comes with a handful of customizations, including quick panel notifications, an always-on display (AOD), and performance mode that promises to extend battery life and enhance speed. 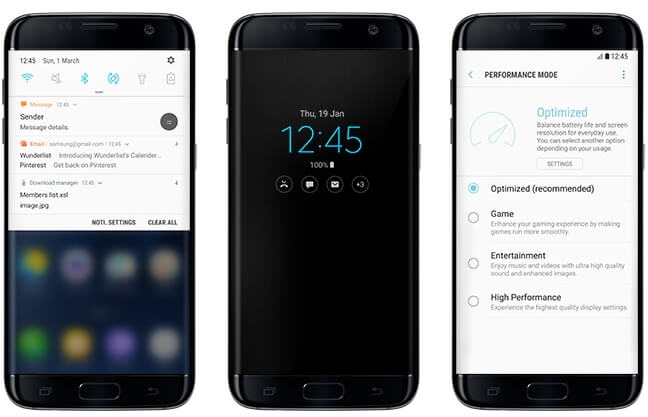 Android Nougat 7.0 was first launched in beta back in March 2016 and was officially released in August on Google’s Nexus-branded handsets. Android Nougat 7.1 was later introduced alongside Google’s newest Pixel-branded flagship phones.

Samsung has traditionally been slow to pick up on the latest version of Android, so the fact that it kicked off its beta program so soon after its official launch was encouraging. Now, it’s ready for prime time.

So what about other Galaxy-branded handsets? According to Samsung, owners of Galaxy S6, S6 Edge (Plus), Galaxy Note5, Galaxy Tab A, Galaxy Tab S2, Galaxy A3, and Galaxy A8 devices will receive some Nougat love in the first half of 2017. The less said about the Galaxy Note7, the better.