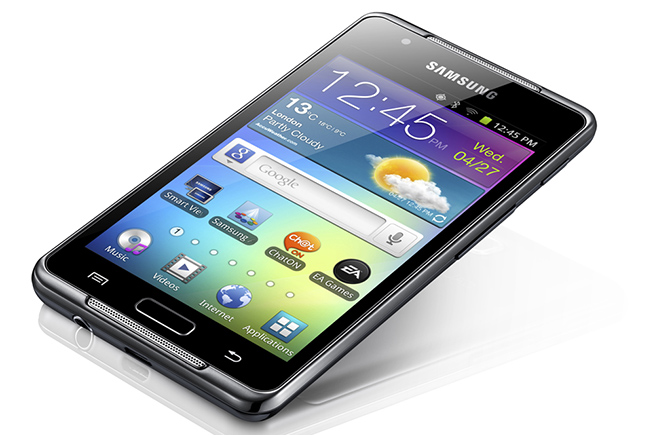 On top of unveiling its new versions of the Galaxy Tab, Samsung also has added 3.6- and 4.2-inch models to its Player lineup meant for listening to music, watching videos, and playing Android games and apps.

While Samsung offers the Player as an Android-based iPod touch competitor, the company has not done a good job of marketing the device in the States and many people I asked had no idea such a product line existed. Apple’s iPod line has 78 percent of the digital music player market, with 300 million iPods sold since its launch more than a decade ago. With Apple having such a dominant foothold, Samsung’s introduction of more Players is perplexing, especially when smartphones are increasingly becoming people’s default media players.

First up, there’s the Player 3.6, which most closely resembles the iPod touch with its 3.5-inch screen. For software, it’s running Android 2.3 (Gingerbread). It includes 8GB of storage, microSD slot for additional storage, 2-megapixel rear camera, and VGA front facing camera. The device is on sale now for $150, which undercuts the iPod touch by $50.

And of course, there’s also the 4.2-inch Player, which has basically identical specs outside of its larger screen size. The Player 4.2 goes on sale May 13 for $200. For extras, both of the new Player devices have several free games pre-loaded, including Need for Speed: Hot Pursuit, FIFA 2012, and Angry Birds.

While these two devices are seemingly nice devices and eschew Samsung’s idea of manufacturing every possible device size (there are now four sizes for the Player line), it will have an incredibly hard time overcoming the iPod, the standard-bearer for mobile media consumption outside of a smartphone. Apple created a legion of young and old users that learned how to use their iPod with iTunes, and that influence can’t be overcome no matter how many devices you put out. And now that people are dumping their iPods for smartphones, it seems futile to even play in the media player space in the U.S. market.

The iPod touch provides a superior experience because it, along with iTunes, has deep roots in media, whereas the Player is tapping into the recently launched Google Play market. Google Play, which combined the Android Market with other Google media purchases in one store, was created to simplify Google purchases and combat iTunes. But iTunes is still a much richer place to buy media, if only because it’s been around for so much longer.

You can view more photos of the Player models below: