Apple continues to disrupt the smartphone industry in ways beyond just hardware and software. Consumers will be able to get their hands on the latest iPhone 6s models through a new leasing — or “financing” — program that the company announced at its recent September event.

Now, Samsung is planning to launch its own leasing program for Galaxy smartphones in the U.S. in the coming months, according to Forbes. “It’s a no brainer why they wouldn’t do this,” the publication quoted an anonymous executive as saying.

But details on a possible pricing scheme remain unclear. Apple’s 24-month program — which works with AT&T, Sprint, T-Mobile, and Verizon — starts at $32.41/month, and will launch alongside the new iPhones later this month. 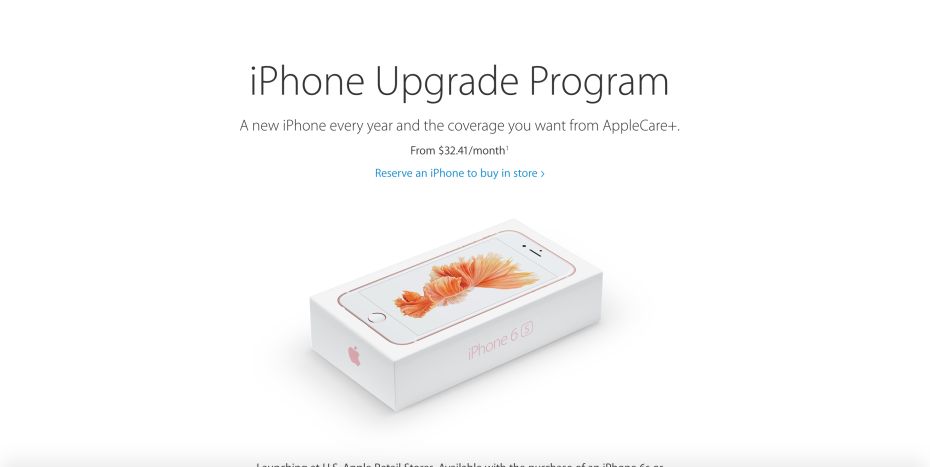 Apple calls its upgrade program “the best way to own [an] iPhone,” and says “it gives you an easier way to get a new [unlocked] iPhone every year, and the security and protection of AppleCare+. You’re even free to choose the carrier and rate plan that work for you.”

“Because the iPhone upgrade program isn’t tied to a single carrier, you don’t need a multiyear service contract. If you don’t have any carrier commitments, you’re free to select a new carrier or stick with the one you have,” it adds.

Samsung and Apple continue to battle it out for more than just consumers — they’re still fighting on the patent front, too. A U.S. appeals court ruled last week that Apple should have been awarded an injunction that would have barred Samsung from selling devices that infringe its patents. 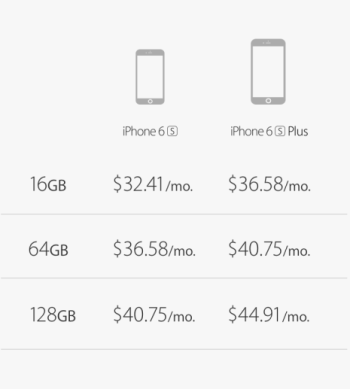 That particular injunction, from May 2014, would have seen Samsung fined $120 million.

The South Korean giant has been keeping pretty busy on U.S. soil; its legendary rivalry with Apple far from slowing.

Just last month, it started testing its Apple Pay competitor — unsurprisingly called Samsung Pay — which it claims will be available in 90 percent of retail locations in the U.S.

Samsung clearly doesn’t want to be left behind in any way, whatsoever, in the U.S. market, and so this move to follow Apple with its own leasing program makes sense.

Now it just remains to be seen what the specifics are, and which other major phone companies will follow suit.

We’ve reached out to Samsung for comment and will update you if we hear back.