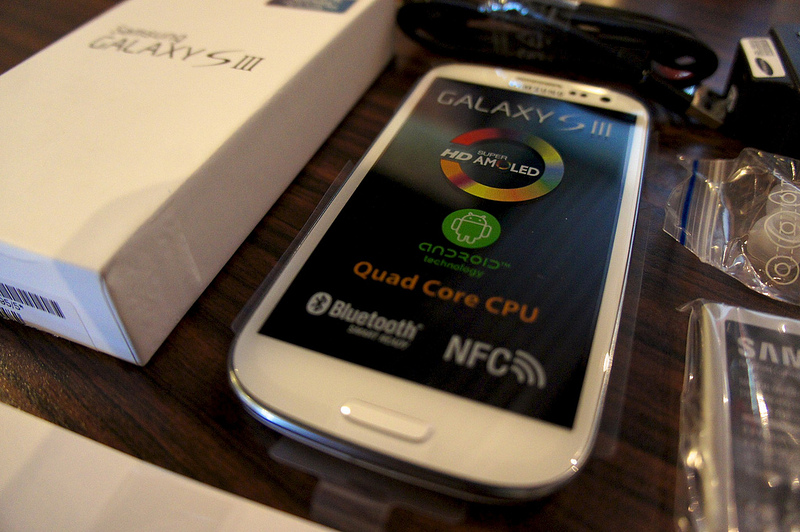 Samsung shipped 56.9 million of the 162 million smartphones sold globally in the third quarter of 2012, according to the latest research from Strategy Analytics. That adds up to a massive 35 percent global share in a market that is also growing at 35 percent annually.

“This was the largest number of units ever shipped by a smartphone vendor in a single quarter,” Neil Mawston, Strategy Analytics’ executive director, said in a statement.

In other words, Samsung is putting the pedal to the not-so-metaphorical metal.

Legal issues, billion-dollar lawsuits, ITC judgements — none of it seems to be interfering with Samsung’s focus, which is winning with the customer. While Samsung shipped 56.9 million units, Apple — which just reported good but not great financial results in its recent quarter — shipped 26.9 million iPhones.

Apple and Samsung appear to be almost the only companies that matter in mobile. Maybe Robert Scoble was right when he said Apple’s billion-dollar judgement was actually a win for Samsung.

“Samsung and Apple combined now account for over half of all smartphones shipped worldwide, up from around one-third a year ago,” said Neil Shah, an analyst at Strategy Analytics. “Volumes have polarized around those two brands.”

The once-mighty Nokia has dipped to single digits, winning just four percent of the smartphone market by moving 6.3 million units. That’s less than half of the 16.8 million it shipped in the equivalent quarter last year.

“Nokia has now slipped outside the top three global smartphone rankings for the first time in history,” added Shaw.