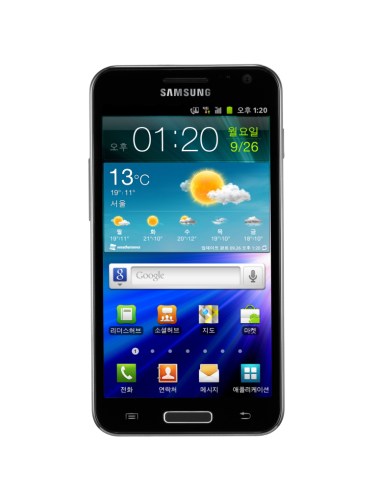 The company also announced the Galaxy S II HD LTE today, which is headed to South Korea soon. It’s the most powerful version of the phone yet, with a 4G LTE radio and killer high-resolution screen, according to Boy Genius Report.

The Galaxy S II reached its 10 million shipment milestone just eight weeks after Samsung announced the phone hit 5 million shipped units. The numbers don’t reflect actual sales to consumers; they refer to devices Samsung has shipped to retailers. Still, the fact that shipments are moving quickly is a sign that sales are healthy.

The phone originally launched in Korea in April, and it has begun to make its way to US carriers this month.

For those looking for the absolute latest mobile hardware, the Galaxy S II LTE HD variant should satisfy. The phone sports a 4.65-inch Super AMOLED HD display with an astounding 1280 by 720 resolution. That means it will be able to run 720p high-definition video at full resolution, and it sports an even higher resolution and pixel density than the iPhone 4’s Retina Display.

The phone’s LTE radio also makes it ready for Verizon and AT&T’s 4G networks. Samsung already announced an LTE variant of the Galaxy S II a few weeks ago, so it’ll likely be some time before we see this HD LTE model.