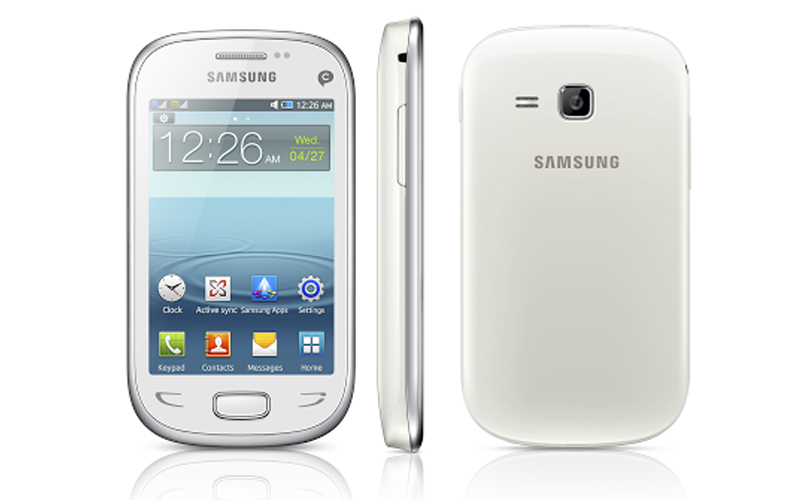 But those apps run on Java; the browser is Opera Mini; screen sizes are around 3 inches; and the phones’ camera resolutions are decidedly on the shallow end of the camera phone pool, ranging from 1.3 to 3.2 megapixels.

The good news is that these models will be affordable and useful for consumers outside the smartphone meccas of the developed world. While smartphones make up half the mobile market in places like the U.S., vast swaths of human beings in other parts of the world have different technological needs and networks.

“IHS estimates there will be 653 million feature and entry-level mobile phones shipped globally in 2013. Entry-level smartphones must compete with ever smarter touchscreen feature phones that offer many of the same social network, games, and mobile Internet benefits as smartphones, but at an even more compelling price.”

Samsung’s focus on feature phones is in line with other entities aiming at a global market. Companies like Facebook, Twitter, and Wikipedia — all of whom place a significant emphasis on reaching audiences around the world — have taken care to maintain SMS features, improve feature phone access, and give careful thought to users on less-than-ideal cellular networks.

Here’s a look at the Rex lineup: