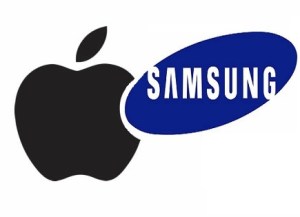 Apple has once again gone after Samsung in Germany, filing suits to ban sales of the Galaxy S Plus and the S II.

The latest in a string of patent suits takes aim at 10 smartphone models. The suit was filed in the Dusseldorf Regional Court, Reuters reports.

This is separate from a former lawsuit against five Samsung tablets.

The continuing Apple-Samsung saga has Apple claiming that Samsung’s Android tablets and smartphones are too close to the designs for the iPad and iPhone.

Samsung itself took a few patent-related shots at Apple in a French court.

The epic tale of patent law got started in April 2011 when Apple first made waves over the Samsung Galaxy lineup. This first suit was filed in the U.S. District Court in Northern California, Apple’s home turf.

“It’s no coincidence that Samsung’s latest products look a lot like the iPhone and iPad, from the shape of the hardware to the user interface and even the packaging. This kind of blatant copying is wrong, and we need to protect Apple’s intellectual property when companies steal our ideas,” an Apple spokesperson told reporters at the time.

As is always the case in patent warfare, Samsung counter-sued. Then, Apple also asked for an import ban on Samsung’s devices from the U.S. Trade Commission.

None of this is made any more awkward, we’re sure, by the fact that Samsung is the chip maker for Apple’s iPhones. Not awkward at all.

In other mobile and Android-related patent suits, Apple has sued (and in some cases, settled with) just about every other major smartphone manufacturer, including Motorola, Nokia and HTC. Microsoft is locked in litigation with Motorola, and Oracle (which owns the company that owns Java, the language of the Android operating system) is suing Google (the company that owns the Android operating system). That little green robot just can’t get a break.