Available in either black or blue, the Gear Sport (pictured above) is a circular timepiece with a 1.2-inch, 360 x 360 Super AMOLED display and 300mAh battery with wireless charging capability. The Fit2 Pro (pictured below) — detailed previously by VentureBeat — features a 1.5-inch, 216 x 432 curved Super AMOLED display; contains a 200mAh battery; and comes in either black or red. 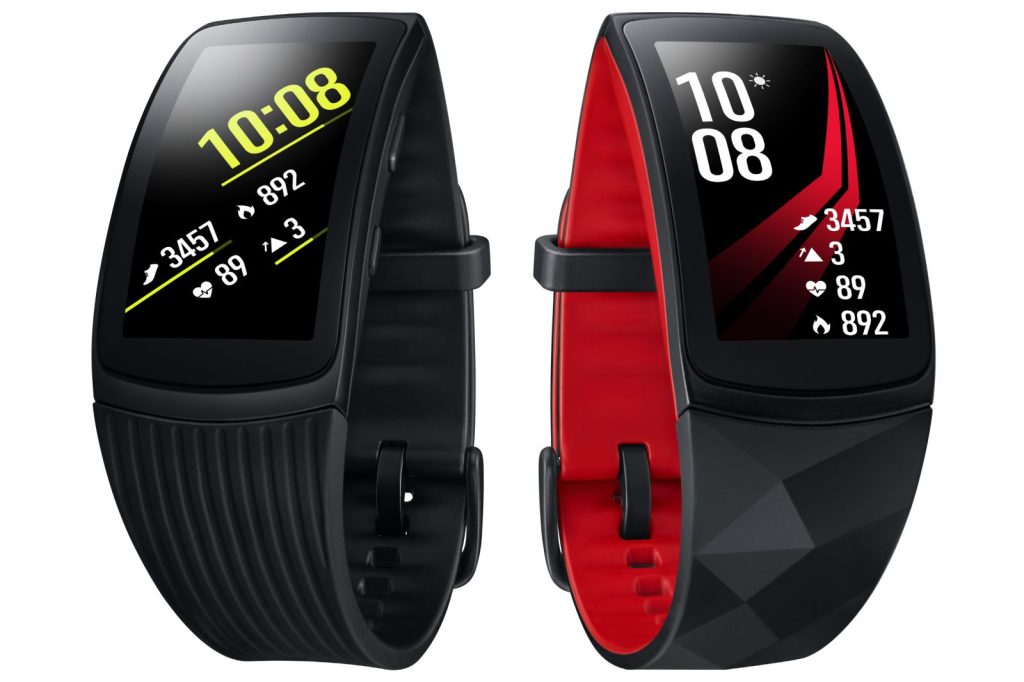 Both devices are powered by 1.0GHz dual-core processors and offer 4GB of internal storage, but whereas the watch has 768MB of RAM, the fitness band only has 512MB. They’re also both rated as water resistant to 5 ATM and are MIL-STD-810G certified. In terms of connectivity, each offers Bluetooth, Wi-Fi, and GPS radios.

Samsung is promoting a pair of partnerships to help differentiate these fitness-focused offerings: free, limited-time access to Under Armour’s premium tracking services, as well as offline Spotify support for listening to music during workouts.

Finally, the updated IconX earbuds (shown above), which each contain 4GB of internal memory and an 82mAh battery, will ship in black, gray, and pink. They’re rated at a claimed six hours in standalone mode, five hours in Bluetooth mode, or four hours when used to make calls. As with their predecessors, these buds charge inside their case, which itself contains a 340mAh battery.

The Gear Fit2 Pro goes up for preorder on August 31 at a cost of $199.99 ($20 more than the regular Gear Fit2), and starts shipping September 15. Pricing and release information for the Gear Sport and Gear IconX 2018 will be announced in the fall, according to Samsung.