From connected ovens to smart beds, the burgeoning “internet of random things” (IoRT™) industry is showing no signs of easing. Earlier this week, Ring — funded to the tune of $209 million — announced a new version of its connected video doorbell. One day later, Samsung reminded us exactly how bizarre the smart home is becoming, when it announced that the next generation of its Family Hub connected refrigerators are now on sale in the U.S.

While internet-enabled fridges aren’t a new phenomenon, with the likes of LG offering connected coolers as far back as 2000, Samsung has been going all-in to convince everyone that smart fridges should serve as the centerpiece of your connected home. 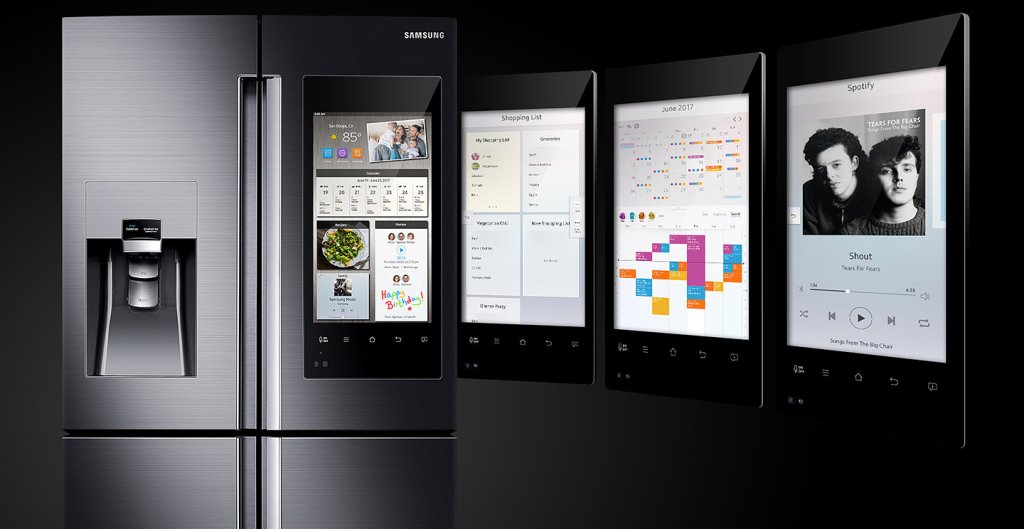 At the 2016 Consumer Electronics Show (CES) in Las Vegas, Samsung unveiled the Family Hub fridge, a stainless steel appliance that sports a huge 21.5-inch HD touchscreen display on one of its doors. It was basically a fridge with an Android tablet embedded into it, allowing access to some apps, as well as stats such as the internal temperature of the fridge. It also had sensors to detect and automatically reorder depleted food supplies, while cameras allowed you to peek inside through your smartphone from a faraway place.

Fast forward to 2017, and Samsung gave a glimpse of its upcoming next generation Family Hub fridges at CES in January, and this time around the fridges were even smarter, with a voice-enabled interface and apps allowing you to go hands-free while cooking in the kitchen — a potentially useful feature that allows you to verbalize a recipe request while your hands are covered in culinary goo. You can also ask for information on the time and weather, add products to shopping lists, manage to-do lists, and order groceries — all by chatting with Bixby, Samsung’s virtual voice-controlled assistant. 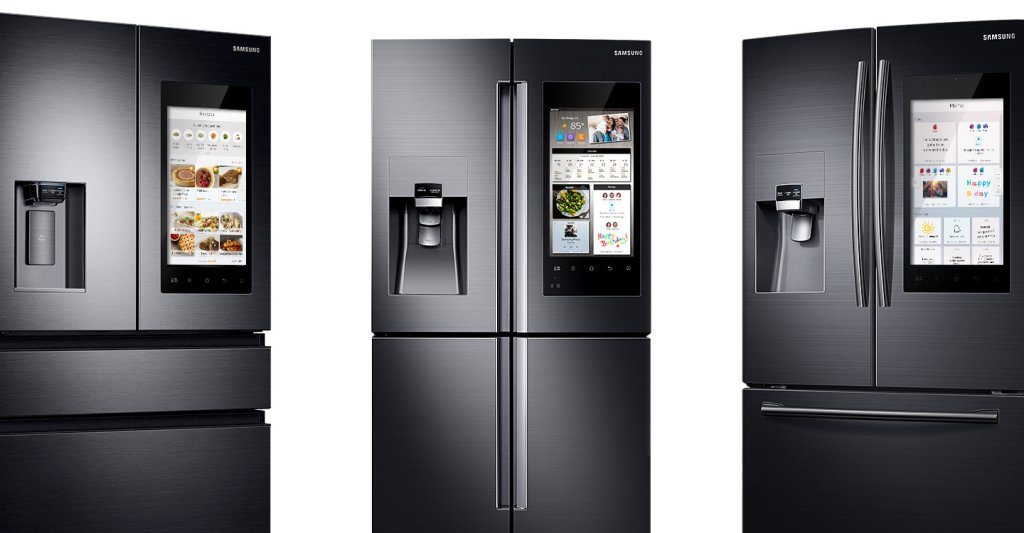 Put simply, Samsung wants you to have a conversation with your fridge.

But Samsung revealed its true vision for its connected fridge lineup when it announced that the Samsung Connect app, which debuted on the Samsung Galaxy S8 earlier this year, will be coming to the Family Hub fridges later this fall. Samsung Connect, if you didn’t know, is an app designed to help users control all their connected things from a single place. All Samsung smart products can be controlled and monitored through the app, not to mention third-party products such as lights, locks, speakers, and security cameras — including the Ring video doorbell we mentioned earlier.

Yes, Samsung wants the humble fridge to be at the heart of your connected home.

“The kitchen has always been the center of the home, but with technology changing how families connect and communicate, home appliances are emerging as a new focus of innovation,” explained John Herrington, senior vice president and general manager of home appliances at Samsung Electronics America. “The Family Hub is a huge step forward in the modern kitchen. It empowers you to do things you never thought possible — like take the fridge with you to the grocery store, digitally display a photo of your kid’s winning goal, and enjoy your favorite entertainment right from your digital screen.”

Earlier this week at Samsung 837, the tech titan’s NYC-based digital playground for marketing its products to the public, Samsung hosted an event with Smart Kitchen Summit (yup, it really is a thing) to hammer home the notion that the Samsung Family Hub is “more than just a fridge.” 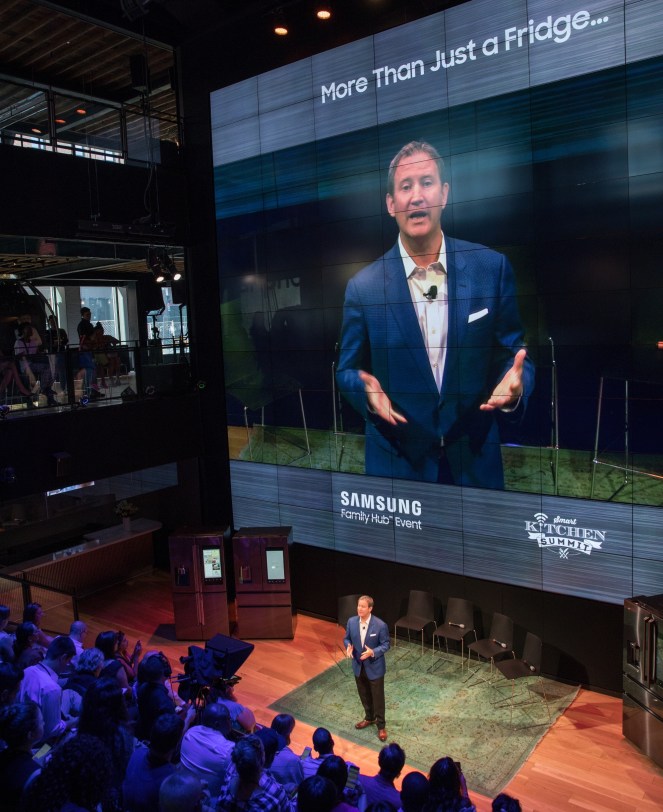 It is true that the kitchen serves as the focal point for many family interactions. It’s a social space where families and friends cook and eat. People congregate in kitchens at parties, kids do their homework there, and parents catch up on work emails away from the noisy distractions of the living room, where TV rules the roost.

The concept of ubiquitous computing has been around for decades, and early theories envisioned a future where connected devices are embedded in our environment. People once laughed when suggestions were put forward that one day we may communicate through home appliances as a matter of course. We’re not quite there yet. But Samsung released four Family Hub models in 2016, and is gearing up to launch 10 variants in 2017 — the company is betting its bootlaces that your fridge will one day be the command center for your connected life.