With the launch of Samsung’s new flagship phones, company executives sought to emphasize how the gadget’s new cameras are built for an era of visual communication.

Indeed, the teaser line for the event was “The Camera Reimagined.” Presenters sought to make good on the boast by noting that the Samsung Galaxy S9 and S9+ include a dual aperture, a new super speed image processor, and a dual camera on the back to improve pictures in all lighting conditions.

DJ Koh, head of Samsung’s IT & Mobile Communications Divisions, announced the phones at a launch event for press and partners in Barcelona on the eve of Mobile World Congress. Koh noted that 1.2 trillion photos were taken on smartphones in the past year, and 5 billion emojis were sent. He said the phones are recognition that communication has gone well beyond voice.

“Nothing is more important than how emojis are replacing words,” he said. “Images are becoming the new mode of expression. Clearly, the social media generation has revolutionized the way people communicate.”

As such, the new cameras can capture video at 960 frames per second, allowing a user to stretch footage the length of an eye blink into a six-minute video. You can also add music, change the background, or make a GIF.

The cameras have a duel aperture to more carefully tune the amount of light that comes in and improve picture quality in all conditions.

Samsung also announced a new feature called AR Emoji that lets users take a picture of themselves and then use augmented reality to transform it into a live-action emoji. The feature is the company’s response to Apple’s Animoji announced last fall for the iPhone X. 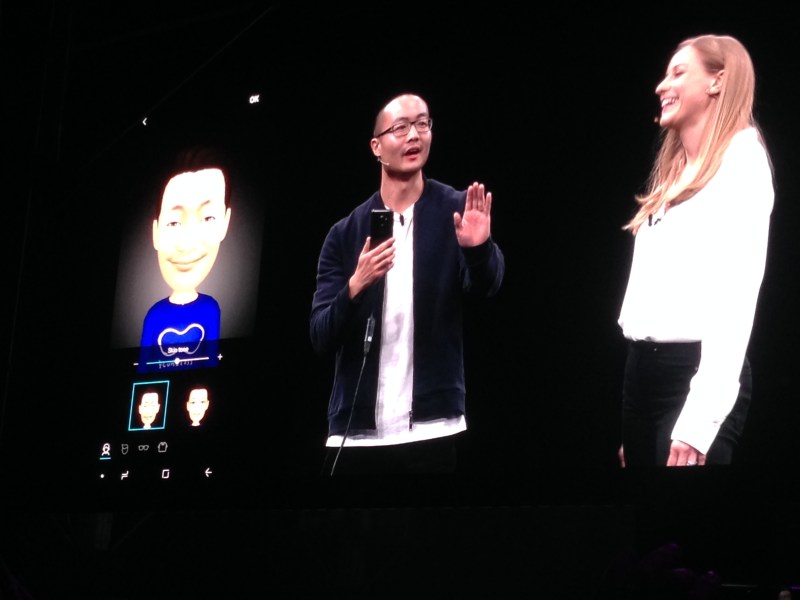 The phones will also come with Bixby, Samsung’s intelligence platform that uses AR and deep learning to do things like detect and identify objects and perform live translations of written text. It’s worth noting that Google has offered similar features for years.

“This is the first smartphone built for the way you use the smartphone today,” Koh said.

Finally, intent on showing off its augmented reality chops, Samsung added an AR feature to the app it created for the event. As soon as execs had announced the new phones, attendees could point the camera on the app at their event badges to see an AR version of the Galaxy S9. 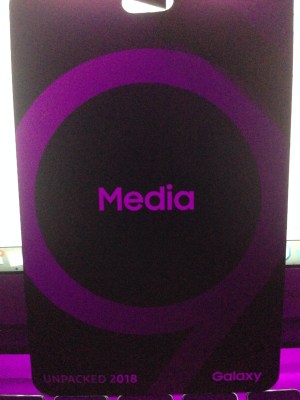 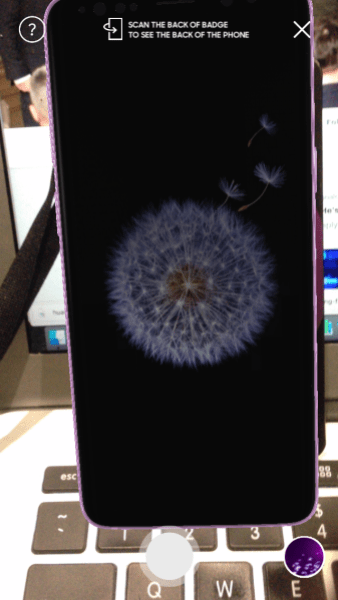 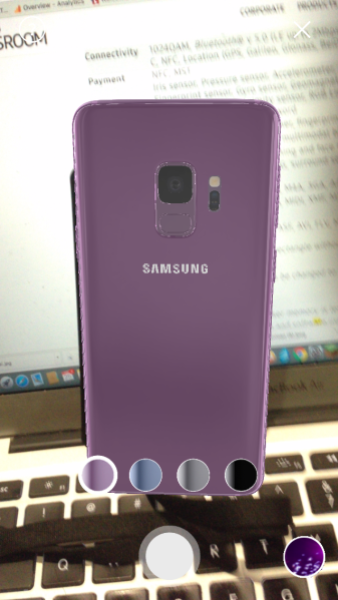 Apple, of course, has also been talking up its AR efforts over the past year. Just how much such features will affect consumer purchasing remains to be seen.