Having already revealed both the Galaxy Fold and Galaxy S10 5G at its Unpacked event in February, Samsung is almost ready to ship its latest and most powerful phones to U.S. customers. Both devices will be available for preorder soon, and in stores shortly thereafter, but the dates vary between models.

The company announced today that it will take preorders for the Galaxy Fold starting early tomorrow, April 12, and ship the first phones on April 26. Samsung will apparently let only a limited number of customers register at its website for Galaxy Fold preorders, which will have a retail price of $1,980.

Separately, Samsung says that the Galaxy S10 5G’s preorders are starting “soon,” and only promising deliveries in May. U.S. prices have not been announced for the 256GB and 512GB models. 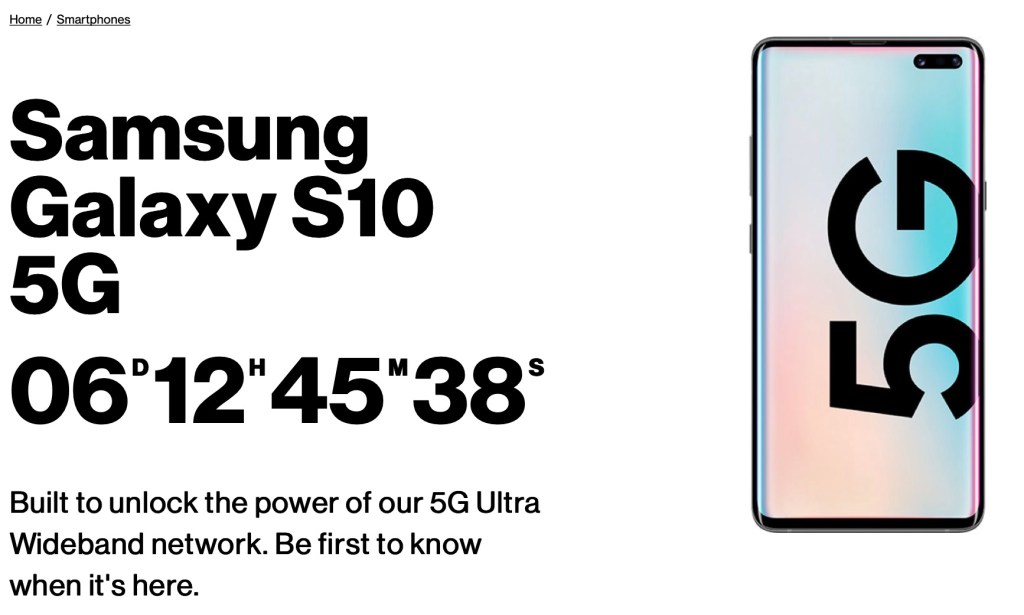 In South Korea, where the latter device has already hit stores, its 256GB model starts at roughly $1,200, with the 512GB model at nearly $1,350. If Verizon’s early and discounted launch of the Motorola 5G Moto Mod is any example, U.S. carriers will likely offer deals to bring that price down.

Both of the phones are designed to appeal to the earliest of early adopters. The Galaxy Fold uses a 4.6-inch external display to convert into a miniature tablet with a flexible 7.3-inch internal screen, which is expected to develop a visible central crease over time. By comparison, the Galaxy S10 5G is a large but otherwise traditional smartphone with a 6.7-inch display and the ability to connect to early 5G networks in a handful of U.S. cities.

It remains to be seen whether both devices will launch on all four of the major U.S. carriers, but Verizon definitely won’t be the only vendor. T-Mobile has confirmed that it will start to offer the Galaxy Fold online at midnight ET April 26 — technically 9 p.m. Pacific — and in retail stores when they open April 26. The device, which was teased on stage with 5G capabilities, will apparently be LTE-only on T-Mobile’s network.

Updated at 8:56 a.m. Pacific: This story was updated with clarifications from Samsung regarding currently announced timing of Galaxy Fold and S10 5G preorders.