Samsung’s own take on Google Glass could be coming sooner than you think.

Just like Google Glass, the Galaxy Glass (expect that name to change) will reportedly be a pair of smart eyeglasses that let you view notifications from your smartphone and take phone calls. The news follows a patent Samsung received in Korea last October for “sports glasses,” which described some Google Glass-like functionality.

“The new smart glass to be introduced by Samsung is a new concept of wearable device that can lead to an exciting culture of communication,” the Samsung exec said. “The smart glass will present our aim to lead the new market with proven capability. Wearable devices can’t generate profits immediately. Steady releases of devices are showing our firm commitment as a leader in new markets.” 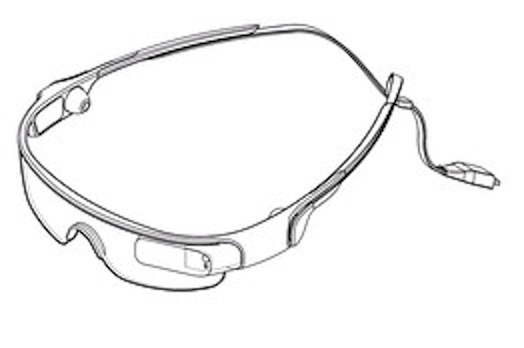 Above: A patent drawing of the Samsung “sports” glasses, from the Korea Intellectual Property Rights Information Service

The last part of that statement is intriguing because it shows a noticeable mind shift for Samsung, a company that previously found success by following in the footsteps of market innovators. But as the failure of the Galaxy Gear showed, Samsung needs to be more than just early to the market — it also has to deliver something people actually want to use.

The same Korea Times report suggests that Google Glass could finally be ready for mainstream consumers by the end of the year, which could make it even more difficult for Samsung to make a splash with its own solution in September.