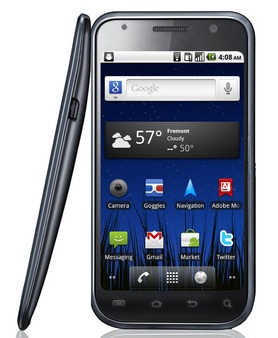 Following a report from yesterday on the possibility of Samsung unveiling a “Nexus Two” Android phone soon, we now have more details that point to the device being real — though it may be a while before we actually see it.

For one thing, we now know there’s at least one person who has seen the device in action, assuming the source who contacted the gadget blog Gizmodo can be trusted. From afar, the phone appears to look like Samsung’s Galaxy S line, but up close it has a “curve to it”, the source says. It has the same 4-inch AMOLED screen as the Galaxy phones and sports a front-facing camera for video conferencing. (At the moment, only Sprint’s Epic 4G Galaxy S phone has a front camera.)

The front-facing camera makes sense, given that previous reports on the upcoming Android 2.3 version (which goes by the codename “Gingerbread”) pointed to Google using its Google Talk protocols for mobile video chat. The “Nexus Two” is expected to be the first phone running Gingerbread.

PC Magazine’s Sascha Segan dug up even more details on the device — specifically that the phone exists but may not go by the “Nexus Two” name. It’s also not going to be revealed at Samsung’s November 8 event in New York, which will most likely be dedicated to its dual-screened Continuum Android phone on Verizon.

Geeks are excited over the device potentially being called the “Nexus Two” because it would be a direct successor to Google’s Nexus One phone released earlier this year. But even if it’s not officially called the “Nexus Two”, the device could still serve as a “Google experience” phone like the original Nexus One. It could be sold as an unlocked device, and developers could rely on it as the high-end template for Android phones going into 2011.

I’m still holding out hope that we’ll catch some glimpse of it at Samsung’s upcoming event. Not that I have anything against Samsung’s Continuum phone, but it doesn’t seem like the sort of device that a company would host a large press event over. It would also be the perfect time for Google and Samsung to surprise everyone with a new flagship device — especially if it can ship before the end of the year.