SensorWake is launching a crowdfunding campaign on Kickstarter today to raise money for its olfactory alarm clock, which wakes you up with smells instead of sounds.

With SensorWake, you can get a gentle wake-up from fragrances such as coffee, a hot croissant, aromatherapy, or even dollars. If it works reliably, then it certainly sounds better to me than a blaring alarm, or even a buzzing noise.

SensorWake lets loose a timed release of an aroma of your choice. You set your scent by inserting a recyclable capsule that you can use 60 times. When the alarm goes off, SensorWake pops open a hatch and gradually releases fragrance until the nearby sleeper awakens. 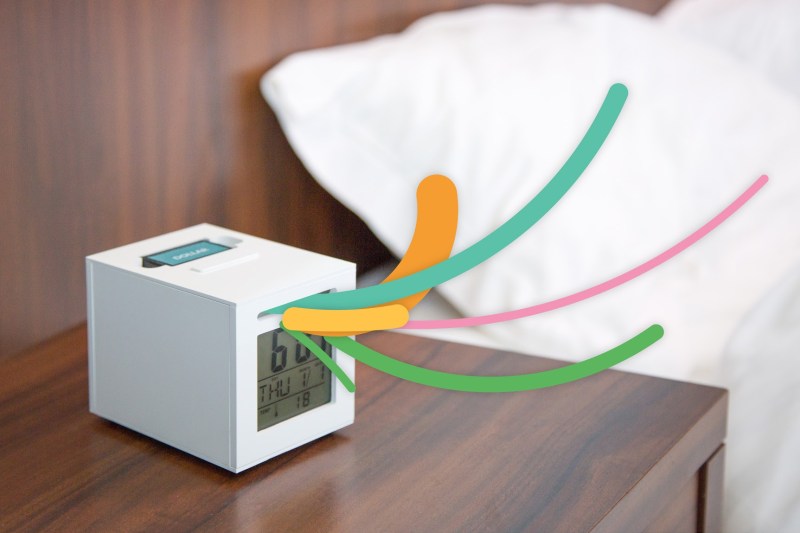 Above: SensorWake diffuses smells over a couple of minutes.

The SensorWake team has partnered with Swiss fragrance manufacturer Givaudan, the world leader in the business, to make scents smell as pleasant and authentic as possible. Choices of fragrance already include coffee, black vanilla, chocolate, seaside, and tea tree extract. And yes, you can wake up to the sweet smell of money, though I’m not sure what that smells like.

SensorWake claims that tests show it is just as effective as a sound-based alarm, waking up 99 percent of sleepers within two minutes. For the 1 percent with a stuffy nose, SensorWake has a backup sound alarm that you can program to ring if you don’t hit the off button after 3 minutes.

The clock is in its final stages of development, but it has already earned awards from Google and the World Intellectual Property Organization for its innovation.

The device is the brainchild of a teenager: Guillaume Rolland, a French engineering student who hated mornings like anyone else.

“Waking up to my alarm clock was so terrible,” said Rolland, now 18, in a statement. “I decided that here in the 21st century, there must be something I can do about it. So I got to work.”

Rolland filed his first patent when he was 13 for the Ti Infuseur, a robotic arm that optimized a tea bag infusion by stirring and removing the tea bag from the cup at the optimal time.

He created that invention for his mother. He created the first prototype for SensorWake in his garage and in his high school chemistry room, studying scents and the extraction of scents. He then got help from specialists (like an olfactory marketing agency) to build the product. He also worked with a French engineering school by using their 3D printer to build the second prototype. 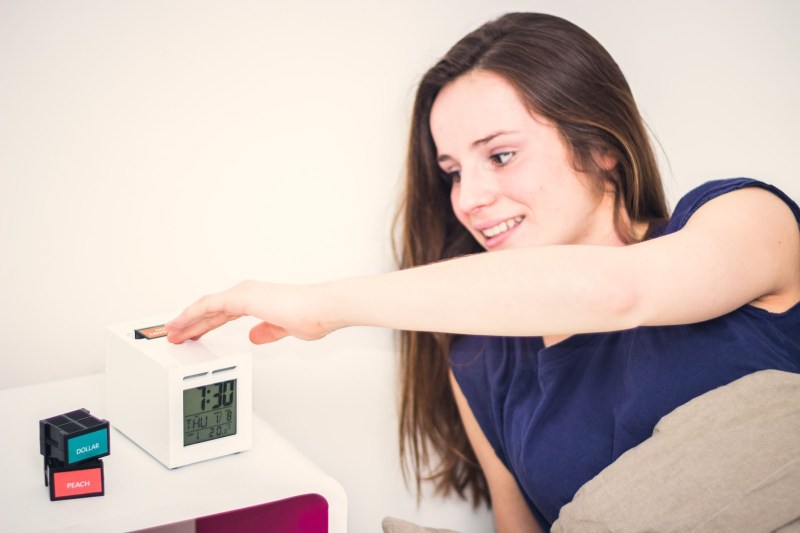 SensorWake was part of the Top 15 Google Science Fair projects in 2014. The Nantes, France-based company was formally started this year, and it has five employees. Its rivals are noisy alarm clocks and smartphones.

SensorWake works like an espresso machine, with a dry-diffusion technology to diffuse the scents. The entirely recyclable scent cartridges are filled with treated polymer beads, with no volatile particles or solvents. Thus the diffused scents should be concentrated enough to wake up the sleepy user. 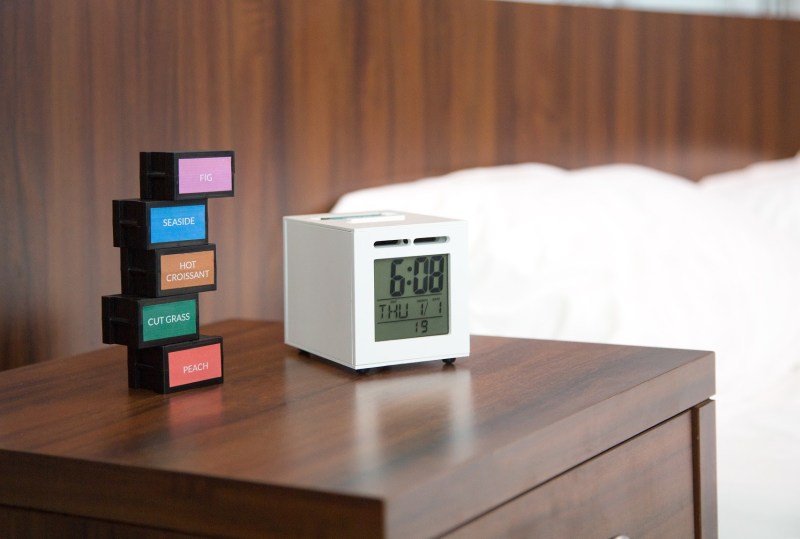 Above: SensorWake wakes you up with smells like cut grass.