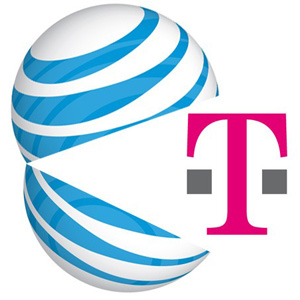 Seven U.S. states on Friday teamed up with the Department of Justice to block AT&T’s proposed merger with T-Mobile, providing even more roadblocks to an already contentious deal.

The attorneys general of New York, California, Massachusetts, Washington, Illinois, Pennsylvania and Ohio signed off on the measure, according to an amended legal complaint submitted by the DOJ in Washington, D.C.

“We are pleased that these states have joined the department in its lawsuit,” the DOJ said in a statement. “Together, we will seek to protect consumers from the anticompetitive harm that would result from this proposed transaction.”

The Department of Justice has already made the case that AT&T swallowing up T-Mobile would hurt consumers and make the U.S. mobile market significantly less competitive, as they would have less plan and device choices. The participation of the state governments should add leverage to the DOJ’s position and any settlement would have to win the states’ approval as well.

On top of the DOJ’s lawsuit, AT&T wireless rival Sprint has also filed its own suit to block the merger. If the deal goes through, Sprint’s position in the market will become marginalized. At present, there are four major carriers in the U.S., with Verizon at No. 1, AT&T at No. 2, Sprint at No. 3 and T-Mobile at No. 4. If AT&T and T-Mobile customers are combined, AT&T becomes No. 1, Verizon No. 2 and Sprint becomes far and away the smallest major carrier.

What do you think of the proposed AT&T and T-Mobile merger? Do you think it will hurt consumers as much as the DOJ suggests?