3D printing has found yet another unexpected ally: your local locksmith

3D printing marketplace Shapeways is teaming up with digital key storage startup KeyMe to let users print their own custom keys in materials like brass and plastic (which is surprisingly sturdy, KeyMe tells us).

KeyMe’s mobile app lets users take photos of their keys, store them in the cloud, and retrieve them if emergencies pop up. The company is positioning itself as alternative to emergency locksmith visits, whose services can — and often do– run for as high as $200. So instead of paying a locksmith to copy their keys, KeyMe customers can pay the company$60 to manufacture and deliver them within an hour. (The company is also installing key-making kiosks in five or so 7-Eleven and Bed Bath & Beyond stores in Manhattan.)

The Shapeways partnership adds yet another layer to the KeyMe concept, letting users not only customize and print their keys via Shapeways, but also letting the more forward-thinking of them use their own 3D printers to make keys at home.

KeyMe founder Greg Marsh tells us that KeyMe is bringing some much-needed innovation to the locksmith industry, which has so far been, er, locked in time. Despite that resistance to change, the locksmithing pulls in $5 billion per year, Marsh says, making it a lucrative industry that’s also ripe for disruption. 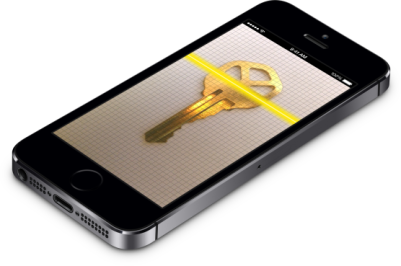 Above: KeyMe is making the house key digital — but not in the way you’d expect.

“This is an industry that’s been long-forgotten by the tech industry,” Marsh argues. (Companies like August and Lockitron might disagree, though.)

The partnership is a smart one for both companies, particularly Key.Me, which is a relative unknown in the startup world. For Shapeways, teaming up  to make something like keys adds a much-needed level of practicality to 3D printing, which has so far erred on the side of novelty.

KeyMe, which was founded last year, has already raised $2.3 million, which is pretty surprising considering just how incidental its primary use case is. Still, if there is as much opportunity here as Marsh argues, perhaps that might not matter so much in the end.