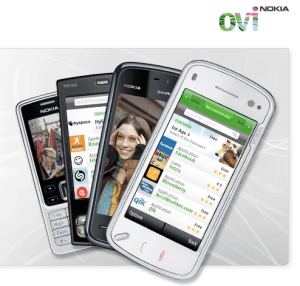 It’s easy to write off Nokia in the United States, because no one seems to have a mobile device made by the company. But it is still the largest handset maker in the world, and as such, it’s a company that mobile startups want to be close to. The latest is Qik, the mobile video streaming service.

Qik’s alliance with Nokia is two-fold. First, the service will be featured in Nokia’s upcoming Ovi Store, its new application store. And second, Qik will be integrated with the Share on Ovi service, a new photo and video sharing platform the company is launching. The service aims to make it simple to share content from any computer or mobile device. No sign-up is required to view this content, and unlike the recently opened up Flickr Video, users can upload an unlimited amount of videos of any length.

Nokia notes that Qik is the first company it is allowing to share live videos shot directly from handsets. And it’s simple to post to both Share on Ovi and Qik at the same time to make sure your videos get the broadest audience. Share on Ovi is also being added to Qik’s Share widget found on its website.

Over three dozen Nokia handsets are currently Qik-compatible. And Qik continues to build its relationship with other handset makers as well. Late last year, it added BlackBerry support. Before that, Windows Mobile support. Unfortunately, while it has an app ready for the App Store, Apple won’t approve it, as it still does not allow live video streaming apps — or apps that shoot video of any kind for that matter.

Qik raised a $3 million round back in April of last year. Since then, Marc Andreessen and Ben Horowitz have also invested in the company.