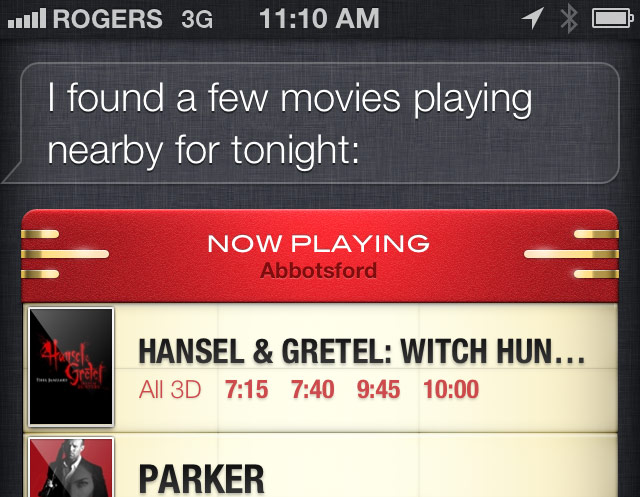 Siri is starting to become what it was always meant to be thanks to Apple’s iOS 6.1 update that it released today.

In the latest update, Apple is enabling the purchase of movie tickets via Fandango. In other words, your “Siri, what movies are playing tonight” question can finish with “Siri, buy me two tickets to Anna Karenina.”

Additionally, the 6.1 update includes LTE support for new carriers — 36 for iPhone and 23 for iPad — and a small update to iTunes match.

“With nearly 300 million iPhone, iPad, and iPod Touch devices on iOS 6 in just five months, it may be the most popular new version of an OS in history,” Apple VP of marketing Philip Schiller said in a statement. 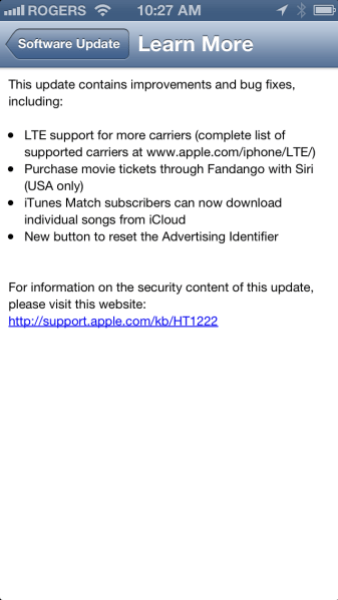 The new consummation of the movie-ticket buying process is exactly what has been the promise of Siri all along: a personal assistant who doesn’t just find information for you but actually does things for you. Buying tickets through Siri, which is a feature only available in the U.S., could be a huge time-saver: Rather than going to a website, checking local listings, selecting a movie and showtime, and then purchasing tickets by entering your credit card information, Siri could complete the entire action in just seconds, once you’re set up with Fandango.

(More on that later, when I’ve tried it: I have not yet completed the update. Hopefully, the experience is better than Apple’s OpenTable integration for automatically getting restaurant reservations, which has some serious shortcomings.)

Other countries will presumably come later, as Apple signs agreements with appropriate services.

One other update that didn’t hit the press release but is visible in the release notes: Apple has included a new button to reset the Advertising Identifier.

Apple has taken some heat about the current user privacy settings vis-a-vis advertisers, as the on-off switch for advertising tracking was previously buried near the bottom of Settings -> General -> About on an iPhone, just below Modem Firmware and above Diagnostics & Usage. In other words, where people are least likely to find it accidentally — or even if they’re trying. To add insult to injury, even then is not a true on-off switch, as it only “limits” ad tracking.

A reset button will at least enable you to severely limit tracking by giving you the ability to constantly change their device’s advertiser ID. I’m asking Apple for more information this change, however.

The update is free and is compatible with iPhone 3GS and up, iPad 2 and up, and fourth and fifth generation iPods.