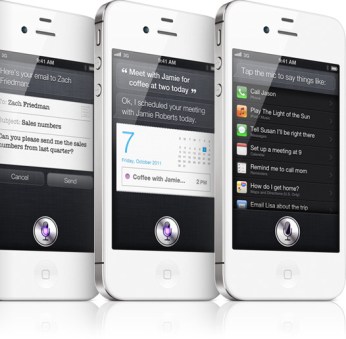 What many consider to be Apple‘s most exciting feature in the iPhone 4S, vocal assistant feature Siri, can in fact, be ported to the iPhone 4.

According to 9to5 Mac, developer Steven Troughton-Smith was able to port the software on his iPhone 4 after first installing the files for Siri and Springboard, which controls how the iOS home screen acts. For example, it is Springboard that allows your icons to wiggle after you’ve held one down for a certain amount of time. Once he had the files in place, he successfully began porting.

Apple has been known to hold features for its newest products. The first assumption is obviously Apple wants to make its next product appealing. It’s marketing. But at the same time, Apple doesn’t like applications to work on its products if not perfectly. In the first video below, the iPhone 4 seems to balk a little under the extra Siri weight.

But even if the hardware can just barely support a feature, Apple’s famously minimalistic view strips the feature out to prevent it from gumming up the works. As 9to5Mac points out, Apple withheld custom wall paper from iPhone 3 users when the iPhone 4 arrived, even though the mechanics could technically support custom wallpapers, if not smoothly.

The issue here was a problem connecting Siri to the iPhone 4 GPU, or graphics processing unit. But after a few hours, Troughton-Smith was able to access it and run Siri with less hiccups. The two videos below show the difference between accessing the GPU and not — it’s very choppy at first, as opposed to a nice, smooth glide through the features we see post GPU access.

Though this downside was fixed, another issue is Apple’s servers will not listen to Siri commands coming from the iPhone 4.

Siri does have all the same capabilities on the iPhone 4, however. The feature has a standard speech view as well as a text field view, which are both available after the port. See the videos of Siri running on an iPhone 4 below.

[via 9to5 Mac, Jailbreak Story, Photo via Apple]