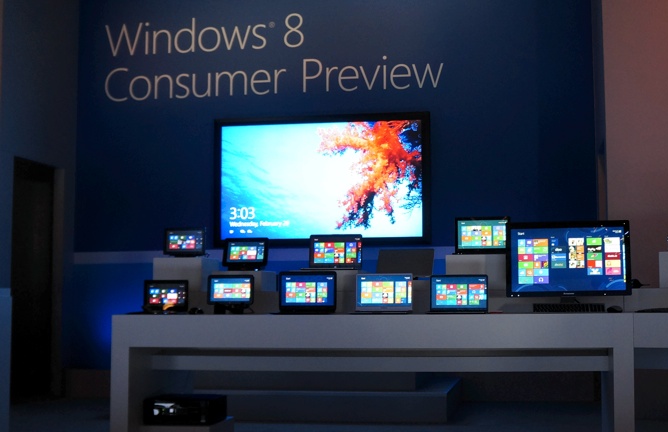 Big and small, Microsoft has some pretty major plans for Windows 8.

On the larger end of the spectrum is the hulking 80-inch tablet that Microsoft CEO Steve Ballmer keeps in his office. The display, which is likely similar to the one seen in the background of the photo above (from Microsoft’s Windows 8 preview event several months ago), has allowed Ballmer get rid of his phone and note paper, Microsoft VP Frank Shaw told Wired UK.

Microsoft says that it has no plans to directly sell such a large device, but that it’s very possible that third-party vendors will pick up the slack. If anything, it proves that Windows 8 can scale from netbooks and tablets, to giant screens.

The notion should sound a bit familiar. Microsoft’s previous attempt at a similarly large display came with Microsoft Surface, touch-enabled tabletop that, while impressive, hasn’t quite hit the mainstream consumer yet.