Skyfire has raised a $13 million second round of funding as it ramps up its campaign in the mobile browser wars.

The Mountain View, Calif. startup’s goal, says chief executive Nitin Bhandari, is to make a browser that makes the mobile web experience as close to the PC-browsing experience as possible, rather than settling for the simplified web presented on most mobile browsers like Opera Mini. Some of that comes down to the interface: Like the iPhone’s Safari browser, Skyfire lets you see a full web page, then zoom in by touching the screen. Even more significantly, Skyfire supports web formats like Flash and AJAX that don’t work on many mobile browsers. For example, Skyfire is the only one to support the latest version of Flash, Bhandari says. And even with formats that other browsers support, Skyfire is the fastest. Jake Seid of Lightspeed Venture Partners, which led the round, says the browser is normally five to 30 times faster than the competition. 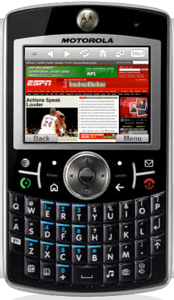 Skyfire is currently in private testing mode for smartphones with the Windows Mobile operating system. Although Bhandari describes the initial response as very positive, he says it’s too early to release any numbers to back that up.

The company plans to add compatibility with other platforms soon, starting with the Symbian operating system, and Bhandari says he wants to leave testing mode in late summer. Apple’s iPhone has been credited with leading the way in popularizing mobile web surfing, but Bhandari says Skyfire doesn’t have any immediate plans for iPhone compatibility. That makes sense, since much of Skyfire’s promise is to bring a smooth browsing experience to mobile devices that aren’t as expensive as the iPhone.

As for making money, Bhandari will only say that there are players in different “layers in the [wireless] ecosystem” that are interested in partnerships.

Seid says one of the big reasons for Lightspeed’s investment is Skyfire’s vision of allowing phone users to access “the real web” rather than a watered-down mobile web. As an example, he points to Flash video site YouTube. Although the iPhone has a special YouTube application, and there’s also a YouTube mobile site, most mobile browsers can’t run videos from the real YouTube site.

Does that mean Lightspeed is essentially betting on the desire of users to access multimedia content on their phones? Not so, Seid says, because more and more web pages in general are moving onto Flash and AJAX: “It’s not a bet on [multimedia], it’s a bet that people want to access the web, period.”

Skyfire previously raised $4.8 million from Trinity Ventures and Matrix Partners, who also participated in this round.