Skype has updated its iPhone app with basic support for the Apple Watch. You can download the new version now directly from Apple’s App Store.

We say “basic support” because, while Skype says, “Now with support for your Apple Watch,” the app doesn’t actually allow you to use Skype on the Apple Watch for its main purpose: voice and voice calling. Instead, the app has gained chatting and messaging features on the watch, although you can use voice for dictation purposes. 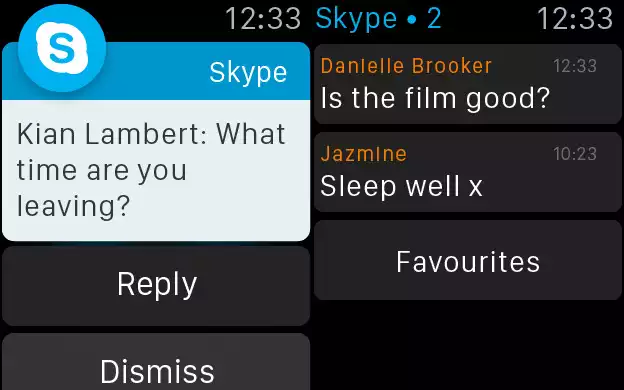 Microsoft seems to be on a mission to quickly update its various iOS apps with Apple Watch support. The company has already done so for PowerPoint, as well as OneDrive and OneNote.

Much like with Skype, the company is starting small and only adding basic functionality. Presumably more robust features will follow as the company continues to iterate, though there are of course limitations to consider. 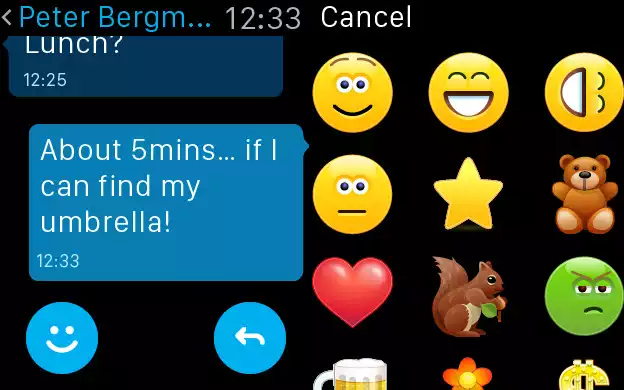 These additions to Skype are great, but many Apple Watch owners will naturally be more interested in seeing voice and video calling support. Others will argue that messaging is more than enough, as smartwatches shouldn’t be used for any extensive use anyway. Given the small screen size and battery life constraints, however, voice calling may end up being more useful than video calling.

To be fair, Apple Watch apps are really just extensions of iPhone apps. Apple is expected to eventually allow developers to build full-featured, standalone apps. Until then, it’s possible Skype simply won’t have the resources it needs to perform or take a call directly on your wrist. For now, you’ll have to be OK with sending text.