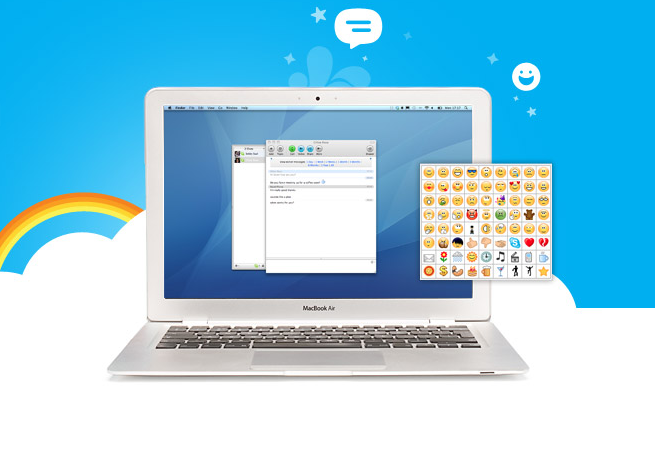 Fear no more, sexters and gossip-y texters, Skype fixed a bug in its instant messaging system today that was sending messages intended for one contact to another in your address book.

The issue seemingly started after Skype issued an update to its software in June. Unlike malware, it did not craft its own message and send it around, but rather took a message you crafted and delivered it incorrectly. According to Skype, the problem occurs when the app crashes during a messaging session. If you entered text or sent a message just before the program crashed, then it redirected that message away from the original receiver to someone else in your contacts.

Yesterday, Skype confirmed its existence and reassured users that it was a “rare circumstance.” You are not affected by the bug if you are running 5.9 for Windows, 2.8 for Android, or 4.0 for iOS, according to Skype’s announcement today.

The issue affects those running versions 5.10 for Windows, 5.8 for Mac, 4.0 for Linux, and 1.2 for Windows Phone. If you are running one of these versions, you should update your Skype software as soon as a fix goes live. “Hotfixes” are currently available for Windows, Mac, and Linux. The Linux update also includes fixes for a bug that causes Skype to crash when a user marks all conversations as “viewed,” as well as another one that makes call participants disappear from the screen if there is “not enough screen estate to show them all.”