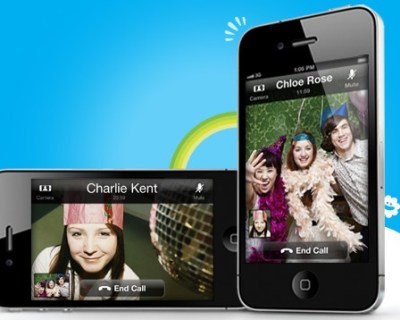 Video chat on the iPhone 4 just got a lot more useful. Skype tonight announced its latest iPhone app update, bringing with it the ability to make video calls to other iPhone OS devices, as well as to Skype users on Mac and Windows computers.

The feature has been a long time coming, as Skype is pretty much synonymous with video chat on computers. Skype’s iPhone video chat even manages to one-up Apple’s own FaceTime chat by working over 3G connections, in addition to WiFi.

The app supports two-way video chat on the iPhone 4 and fourth-generation iPod Touch, both of which feature front and rear-facing cameras. Surprisingly, it also allows for two-way video chat on the iPhone 3GS, even though that device only has a rear camera. The iPad and third-generation iPod Touch will be able to receive video only — which may not sound like much, but it’s still more than Apple offers with FaceTime. Unfortunately the app isn’t yet native for the iPad, so you’ll be looking at a blown-up version of the iPhone app.

I haven’t had a chance to try out the new app yet, but the folks over at 9to5 Mac report that the video chat “looks very smooth on both ends” — even over a 3G connection. The site also ran some data tests and noted that video chat uses around 3.4MB of data per minute. That means iPhone users with AT&T’s low-end 200MB monthly data plan will need to be particularly careful.

But while iPhone users revel in Skype’s new video calling capabilities, Android owners are still left behind. To date Skype hasn’t put as much effort into Android as it has on the iPhone. Once it brings out a video-chat capable Android app, though, Skype will certainly be the cross-platform mobile video chat solution to beat.