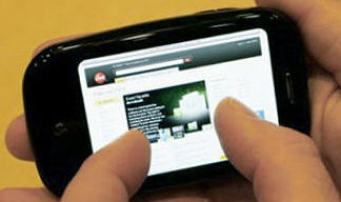 A New York Times report in Wednesday’s newspaper says that not having a smartphone is now, at least in America, the social equivalent of not having email a few years ago.

An iPhone, Pre or BlackBerry is no longer a status symbol or techie toy. It’s mandatory equipment for belonging to society.

“The social norm is that you should respond within a couple of hours, if not immediately,” said David E. Meyer, a professor of psychology at the University of Michigan. “If you don’t, it is assumed you are out to lunch mentally, out of it socially, or don’t like the person who sent the e-mail.”

You can access the full Times story here (may require registration). The surprise in the story is that people who don’t have jobs splurge on phones. One lady explained that employers expect new hires to be plugged in and accessible even before they start:

“I absolutely got it for the job search,” she said. “I don’t know if it’s really an expectation, but if another job candidate returns an e-mail message eight hours later, and you get back immediately with a message that says ‘Sent from my iPhone,’ I think it has to be a check box in your favor.”

My teenage niece in Maine struggles to pay for college, but she beat me to getting an iPhone. Me, I now carry an iPhone and a BlackBerry. I don’t just have two phones, I belong to two tribes. iPhone people and BlackBerry people dismiss each other as snarkily as San Franciscans and Los Angelenos. I’ve learned not to praise my BlackBerry’s super-fast keyboard to an iPhone owner. I shrug to fellow BlackBerry users that my iPhone is a toy my editor bought me so I could cover the app space. I’m lying.