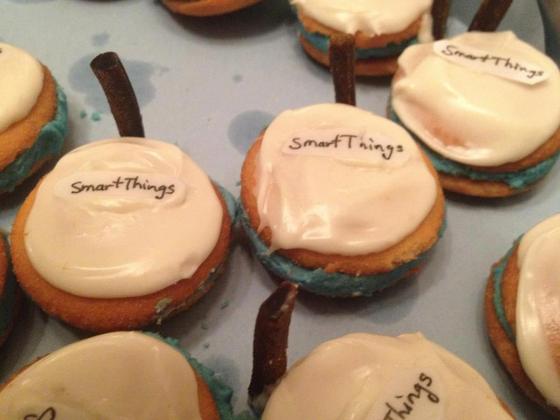 SmartThings CTO Jeff Hagins turned on the Christmas lights in Paris, but the Christmas tree was in Minnesota. And when one of his developers back in the U.S. hit the liquor cabinet (there was a contact sensor on the door), Hagins got an SMS alert. SmartThings raised 1.1 million on Kickstarter (and announced a $3 million investment at LeWeb) to “add intelligence to everyday things” and the things they are starting with are in your home.

The first part of the system is a hub that forms the bridge between the Internet and home devices supporting low-power, wireless protocols like Zigbee and Z-wave. SmartThings adds a set of reference devices to that: a motion sensor, a contact sensor that can be attached to doors and windows, and a low-resolution cloud-controlled camera. You can also use standards-based devices from other manufacturers. Finally, there’s the SmartTag, a keyfob that indicates your presence and also acts as an environment sensor. All kinds of apps will run on top of the basic platform.

“We come at the Internet of Things from the perspective of a bunch of cloud software guys,” says Hagins. “Our tendency was to divorce the intelligence from the devices.” He argues that countering that tendency gives consumers more choice and makes life far easier for developers. “The Internet of things has been held hostage by firmware developers,” he continues. “That’s not a common skill set. A web developer should be able to jump into an IDE, write a smart app that integrates and works with these physical devices, and push a button to deploy.” 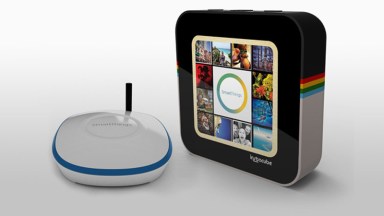 The idea of the “smart home” has been around since the 1950s but never became mainstream. The smartphone supplied one of the missing pieces. “We are now carrying the perfect console for the Internet of Things, the smartphone, and 50 percent of consumers in the US and in Europe have one.”

SmartThings polled Kickstarter supporters on what applications they wanted most. DIY home security came out at the top of the list. The definition of security here was broad. It was not just about protecting your home from external threats but also internal threats like a pipe bursting and ruining your wood floors.

Control of entryways was another requirement. “When I use this device as the console for so much of my life, it controls my finances, my communications, my social engagements, restaurant reservations, my music system, my TV. It’s controlling so much and yet I can’t control my front door? We haven’t reinvented the front door in 1,000 years,” Hagins explains.

The next most popular request was care of people and pets. Do you know when your kids get home? Can you tell if the dog’s gotten out of the yard? That your elderly mother has taken her medicine?

SmartThings’ 6,000 Kickstarter backers will receive the hub and a set of devices in January. The business model hasn’t yet been decided. It may depend on the distribution channels the company chooses. Partners like retailers should be able to add their own value on top of the platform by creating custom application. The company also recently announced a $100,000 contest for software developers and device makers.

SmartThings was founded in 2012, is based in Washington DC, and has a staff of 25.