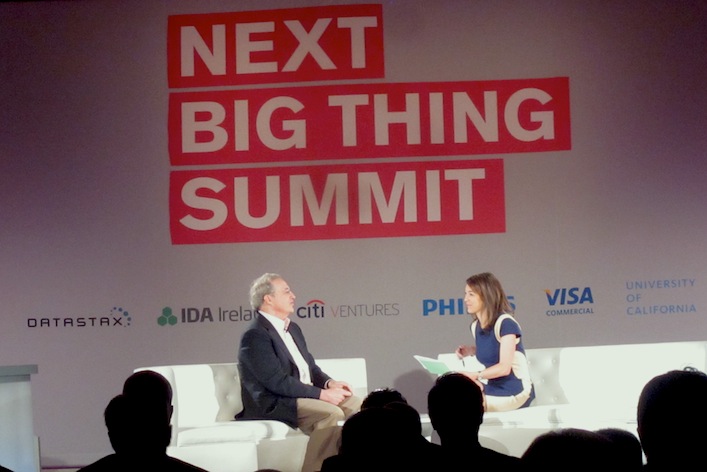 Intel is testing a number of “experimental devices in the lab,” one of which is a smartwatch-like device, according to chief technology officer Justin Rattner.

“Actually, we’re looking at novel display devices. The watch is kind of — if you want to put the time on it, that’s fine ,” said Rattner at Bloomberg’s Next Big Thing conference. “But if you’re talking about texting today, wouldn’t it be nice if you could just look at your wrist?”

Late last year, rumors came out that Intel was working with Apple on a smartwatch. Whether Apple is involved in these tests are unknown.

The smartwatch gained popularity a little over a year ago when Pebbe raised over $10 million on crowdfunding website Kickstarter and sold out its 85,000 preorders. The watch tells the time (thankfully) but can also push your incoming calls, emails, and calendar entries through a connection to your smartphone. In May, the company raised $15 million from Charles River Ventures and opened up a software development kit so that the smartwatch community could start creating apps to run on Pebble.

A number of other companies such as Google are said to be jumping on the trend as well.

Intel’s “novel display device” seems to be focused on communications. The company is also working on “contextually aware computing,” a technology that can tell when you want to use it. Other environmental clues control its functions. Intel could use this kind of tech to push its smartwatches forward and keep them energy efficient.