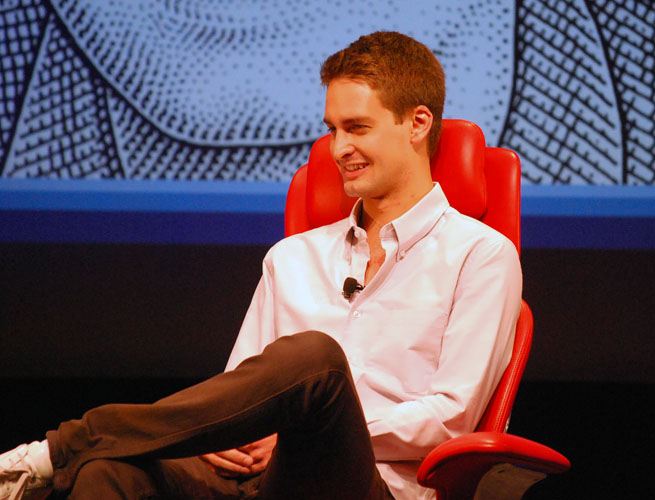 After raising $13.5 million in early February, Snapchat launched the Android version of its messaging app, which has taken off crazily on iOS.

The 150-million-images number is huge, especially when you consider that mega-popular photo-sharing service Instagram is processing just 40 million images a day. But what sort of images are being shared?

Spiegel was questioned about the app’s reputation as a service for “sexting” and sending lurid images, but he insisted that this wasn’t the primary use case for his app.

“With 150 million images a day, it’s possible some of them are like that,” Spiegel said. “11 p.m. is when traffic starts slowing down. Some people are surprised and say ‘I thought that’s when things would just be getting started!’ … I don’t think it’s a great tool for sexting. We notify you about screenshots. It’s not a great way to send inappropriate content.”

Spiegel also revealed that he doesn’t regularly use social media outside of Snapchat. He had a Facebook account in college, but he doesn’t have one now. He said he sent his first tweet “a few days ago.”