Snap said that the company’s Snapchat games have reached more than 200 million players in the past two years, up from about 100 million a year ago. Those 200 million people have played with games and apps known as “minis” on Snapchat.

About 30 million Snapchat users play Snap Games every month. Overall, Snapchat has reached more than 500 million monthly active users, or those who log in at least once a month. Snap claims its app is on 1-out-of-2 smartphones in the U.S., and roughly 40% of the Snap community is outside of North America and Europe. India’s daily active users have grown over 100% year-over-year in the past five quarters.

More than 30 games have debuted on Snapchat in the past couple of years. Existing partner Voodoo plans to bring out five more games on Snapchat this year, in addition to previous hits like Hole.io and Crowd City. Voodoo’s Aquapark IO, a waterslide game, launched last fall, and it has reached more than 45 million players on Snapchat.

It’s been five years since Snap bought Bitstrips for $100 million, acquiring the tech for its Bitmoji avatars. Now, more than 200 million people use Bitmoji every day, and developers can use the Bitmoji avatars in games. Players with Bitmoji spend twice as much time playing than those without, said John Imah, head of entertainment and brand partnerships at Snap, in the company’s keynote presentation. 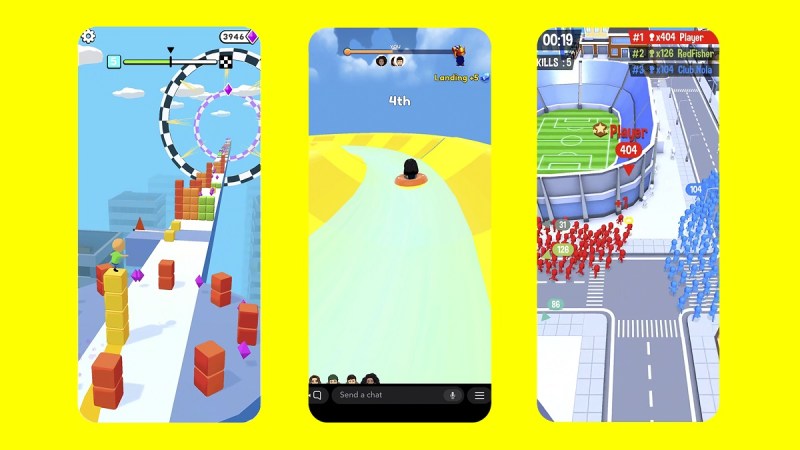 Snap has partnered with Unity so that developers can bring Bitmoji avatars into their mobile, PC, and consoles games through the Unity platform. This partnership comes on the heels of Unity’s partnership with Snap’s developer platform, Snap Kit, which enables developers to integrate with Log In with Snapchat, and Creative Kit (dynamic visual sharing to Snapchat), for their mobile games.

“Today, Bitmoji for Games is coming to the Unity platform. Developers can deepen engagement and customization for their players across mobile, PC, and console games,” Imah said. “Our Unity plug-in makes it possible for some of the most creative minds in the world to bring 3D Bitmoji into their player experience.” 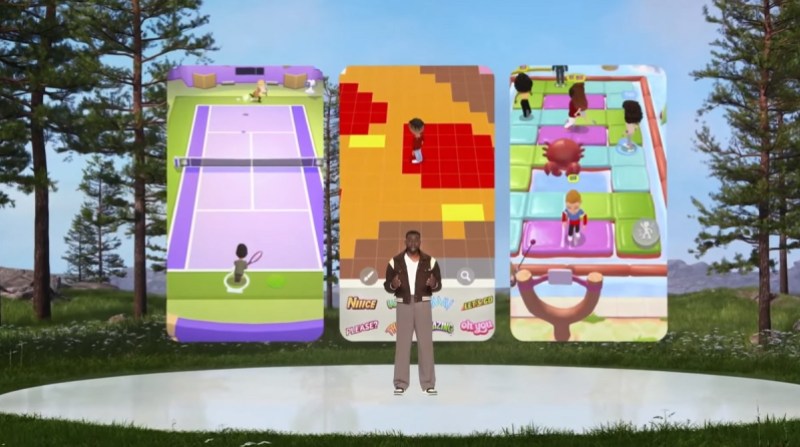 Snap also announced an initiative to create a more “inclusive camera,” which improves camera technology so it does a better job of capturing images of Black people and others with dark skin. Often, camera makers register black skin tones as shadows, rather than skin. That results in images that are blurry or dark when centered on a Black person’s face. The Snap camera allows any person to be seen by the camera any way that they want to be seen, Snap said. The company will make the inclusive camera available to all developers via its Camera Kit for devs.

Will Wu, director of product at Snap, said in a presentation that partners can earn revenue through the popular formats Snap Ads and Snap Tokens or by offering their goods for purchase.