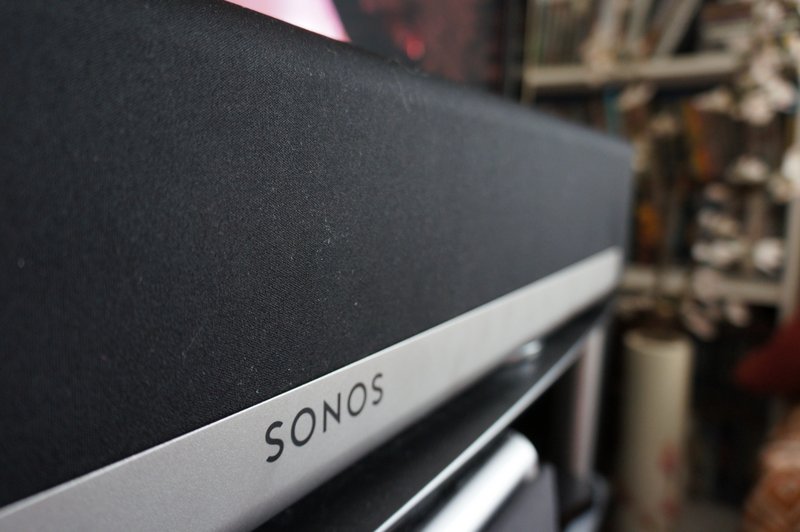 Leave it to Sonos to redefine the lowly sound bar.

With the Playbar, Sonos’s new sound bar speaker, it’s officially making a play for the living room. Sonos is best known for its high-quality wireless speakers, which earned it a loyal following among techies and music lovers. Now couch potatoes can take part in Sonos’ vision of a home filled with wireless speakers in every room, all controlled via smartphone, tablet, or computer.

As flat-screen HDTVs got thinner and more fashionable, their built-in speakers became tinnier and weaker. Sound bar speakers emerged as an inexpensive way to bring big sound into the living room without a lot of clutter. For many, the simplicity and convenience of soundbars trumps the fact that they can’t hold a candle to traditional multispeaker home theater systems in terms sound quality.

At $699, the Playbar is definitely in the high-end range for sound bars, a category which has typically served budget buyers. But the Playbar certainly doesn’t sound like any budget sound bar I’ve heard.

No matter what I threw at the Playbar — loud action movies like Fast Five or Dredd (seriously, watch it), classical music, or Deadmau5 — the speaker constantly surprised me with depth and clarity, even at high volumes. It never felt felt like I was listening to a traditional sound bar (much to the chagrin of my downstairs neighbors).

The Playbar didn’t quite match my 5.1 home theater system (which consists of a Harmon Kardon receiver and a Polk speaker plus subwoofer set), but that’s a far more complicated setup. For a single sound bar, the Playbar delivers more than enough sound to fill any living room.

The Playbar packs in nine speakers within its svelte frame, including six midwoofers and three tweeters. It handled low-end sound just fine, but you can also pair it up with the Sonos wireless subwoofer ($699) to truly shake the walls. You can also add two Sonos Play:3 wireless speakers ($299) to serve rear-channel duties, which would give you a wireless 5.1 Sonos home theater solution.

At that point though, you’re paying nearly $2,100 just to avoid speaker wires in your living room.

Like most Sonos devices, setting up the Playbar is a cinch: Find a spot to place the 12-pound speaker, plug it into power, and hook up the optical cable to your TV or cable box. You can either plug it into your Internet router directly with an Ethernet cord or connect it to a $49 Sonos bridge unit (sold separately) for wireless access. You can also connect the Playbar wireless if you have any other Sonos speaker hooked up to your router.

It’s a shame that Sonos still requires the Bridge for wireless access, but it’s mainly due to the unique way the company manages its devices on your network. Instead of talking directly with your router, they form a secure wireless network, dubbed SonosNet. That gives Sonos more direct control of the devices on your network, and it also allows cool features like synchronized playback across multiple devices.

You can control the Playbar with your TV remote (it grabs the IR code during setup) or via one of the Sonos apps. The apps also let you send music directly to the Playbar without having your TV on. Sonos supports popular services like Pandora and Spotify. Playing music from those services is simple, though the playlist functionality on the Sonos app was often awkward to navigate.

Design-wise, the Playbar looks as expensive as it actually is. It’s covered in soft speaker fabric, and its aluminum frame gives it a sense of understated elegance. It teeters right on the edge of blending into a modern living room and loudly making its presence known. The Playbar also easily mounts to the wall (I had it sitting on my TV stand). 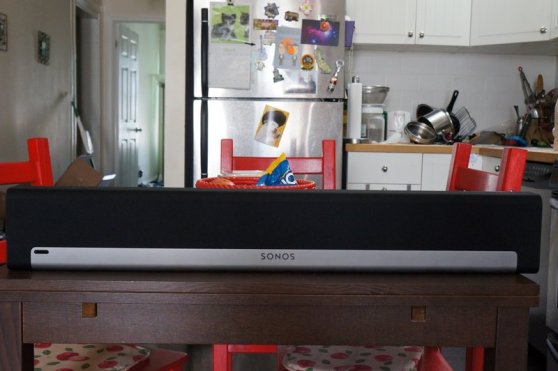 The bad: That price, limited connectivity

Sonos devices have always been a bit pricy — mostly because the company aims at quality-focused niche buyers, and not budget consumers. The Playbar continues that trend with its $699 price, well above the $150 to $300 price-range of most budget speaker bars. To be fair, other high-end speaker firms like Klipsch and Yamaha have even more expensive sound bar offerings.

But as I described above, the Playbar’s price becomes a problem once you start adding other accessories. I’ve grown so used to having a nice subwoofer and surround-sound channels, I found it hard to watch action movies with the Soundbar alone. But while I could possibly justify the Playbar’s $699 price given everything it can do, I can’t imagine every shelling out another $1,400 just for a wireless subwoofer and surround-sound speakers.

The bigger problem? You have no other choice when it comes to a subwoofer and more speakers.

A smaller, but still annoying problem is the Playbar’s lack of input choices. You get one optical port — and that’s it. For most people that may be fine, since they’ll just be taking sound from their HDTV. But it doesn’t offer much flexibility — not even a simple line-in jack — if you want to hook up additional devices. 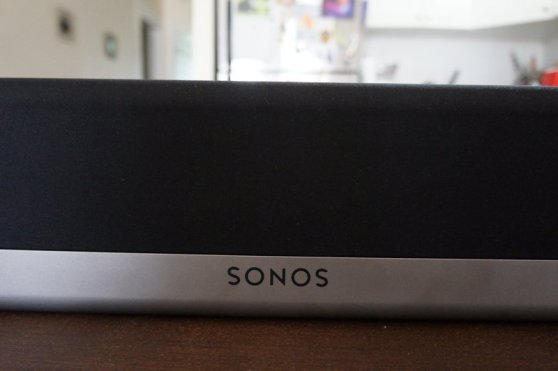 The verdict: An excellent sound bar — if you can live with the cost

Ultimately, the Playbar is exactly what I expected from Sonos: Expensive, but a feast for the ears. I didn’t really expect any less, but it’s a shame that the Playbar’s high cost will keep it out of the reach of many sound bar buyers.

If you’re looking at a sound bar because you want a budget home theater, you have plenty of other options. But if you have the means, and you simply want to bring high-quality sound to your living room without much clutter, then it’s definitely worth considering.