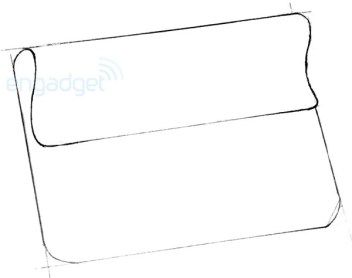 Sony has confirmed its plans to release a tablet running Android 3.0 “Honeycomb” — quite possibly the unique-looking S1 Playstation tablet — by the end of the year.

Despite being one of the largest consumer electronics companies in the world, Sony is taking its sweet time delivering an iPad competitor. Nimble competitors like Samsung and Motorola have already unleashed their iPad competitors, and they may be on to an entirely new generation of tablets by the end of the year. Sony will need to impress with its tablet, otherwise it risks losing out on the lucrative tablet market altogether.

Sony CEO Howard Stringer told the Japanese newspaper Nikkei this weekend that the company was planning to deliver the tablet by the summer and that it was aiming to launch in the US first. But Sony quickly clarified his comments by saying that the tablet was due by the end of the year, Engadget reports.

It’s unclear which tablet Stringer and Sony are referring to specifically, but I would bet that it’s the S1, the only Sony tablet design we’ve heard much about. It will reportedly feature a 9.4-inch screen and Android 3.0 “Honeycomb.” But perhaps most interestingly, it won’t be a perfectly flat slate-style tablet like the iPad — instead, one side of the S1 will be curved, similar to a rolled up magazine or paperback book.

We’ve also heard that it will include PlayStation Suite — Sony’s cross-platform framework to bring games to Android devices and its upcoming NGP portable game console — which means that Sony is positioning the S1 as a gaming tablet.