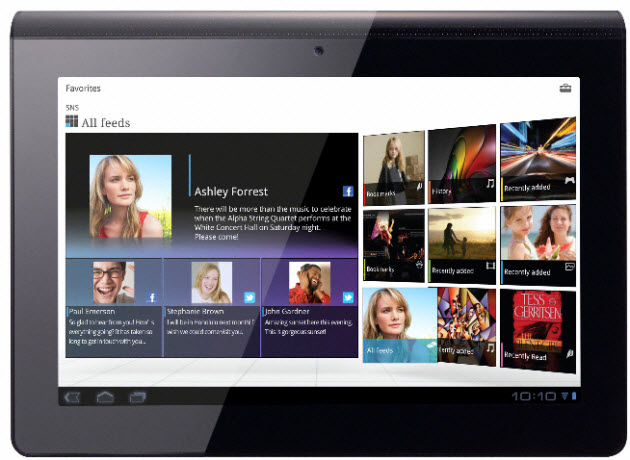 Like many Sony products, the Japanese company argues that its tablets will work together with other Sony products, such as TVs and Sony’s network services for games and music. 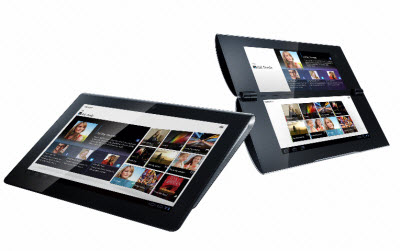 The new Sony Tablet models are code-named S1 and S2. The S1 focuses on rich media entertainment while the S2 is aimed at mobile communication and entertainment. Both machines will debut globally in the fall of 2011.

Both tablets will have Wi-Fi, 3G and 4G network access for browsing the web. The tablets are meant to display videos, games and books via Sony’s “premium network services.”

The S1 (pictured top) has a 9.4-inch display and an “off-center of gravity” design that makes it easier to grip, Sony said. The S2 has two 5.5-inch displays that can be folded for easy portability. Those displays can be used as a single large screen, or they can be used to display two different things. Among the services available via Sony’s network services will be the Qriocity music and video service, as well as the PlayStation Suite, which features high-quality original PlayStation games. The S1 will work as a universal remote control for a variety of audio-visual devices such as Sony Bravia TVs.

Sony also said it remains committed to the PC and is introducing new PC models as well.