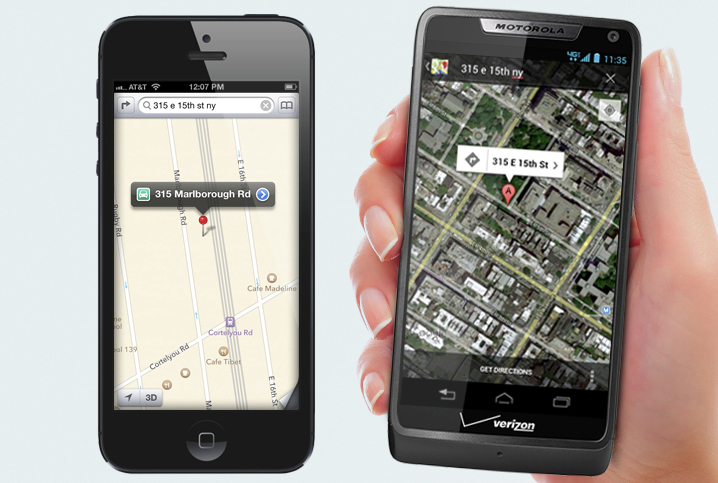 When you’re comparing mobile maps apps, is it fair to throw a non-existent address at them?

The interwebs are in an uproar about evil Google subsidiary Motorola’s map comparison between Google and Apple. I’m sorry, but there’s no scandal to be found here.

The commentary includes phrases like “artificially portray Apple’s new iOS Maps as deficient,” and “uses phony street address to exaggerate Apple Maps flaws.” Another publication compared it to Nokia’s faked camera shots, and yet another claimed it was part of attempt to “make Apple’s Maps look bad.”

I love my iPhone and my Macbook Air as much as anyone, but Apple is doing that all on its own.

Shocking revelation here: When travelers need to find a place, they don’t always know the exact address. Therefore, a great mapping app will not only get you where you need to go when you have all the correct information … well, it will also work when you have only partial address data. 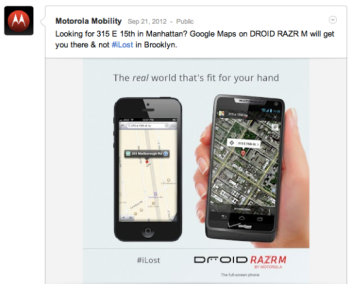 As such, I don’t have any problem with Motorola putting a dodgy address into maps apps in a direct product comparison. Google Maps had to put up with the non-existential nature of the address, too — and might actually have shown even more impressively in the contrast, because Google Maps obviously has a semantic ability that Apple’s mapping product lacks.

If you look closely at the image, you’ll see that Google Maps also knows that 315 is going to be close to the beginning of the block. And, when I tested this myself on a Google Nexus, 380 showed at the other end of the block.

Those are precisely the kinds of user affordances that a real-world product needs, because in the real world not only do users input imperfect data, the world — big shocker coming up here — actually changes.

So a good solution is a humble solution, and good application logic is designed with an awareness of its own data limitations. For all the massive codebase behind Google Maps knows, the park on the 300 block of East 15th has been bulldozed in favor of a Kwik-E-Mart. And therefore, it gets you where you need to go — or as close as it can, given the limitations of its data and of your query.

So Moto is just doing smart marketing: showing where its product works better than the competitor’s.

Nothing wrong with that. Nothing to see here, folks. Move along, now.