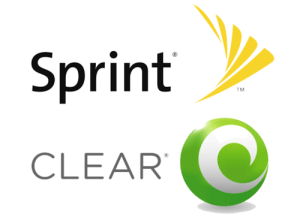 Sprint has agreed to pay $1.6 billion to struggling wholesale wireless provider Clearwire over the next four years, the companies announced today.

The deal will give Sprint unlimited access to Clearwire’s WiMax wireless network, which is noticeably slower and much harder to upgrade than the LTE networks used by competing carriers AT&T and Verizon. Meanwhile, Clearwire’s investors can breathe a sigh of relief, as this dispells fears that the company would declare bankruptcy because it didn’t have enough cash on hand to run the business.

In October, Clearwire reported that it was discussing the possibility of skipping an interest payment on debt it owes. However, today the company said it plans to make the $237 million debt payment.

And while the WiMax network isn’t great, it’s essential to Sprint’s long-term operations. Sprint is Clearwire’s largest customer and its majority stakeholder — so clearly it’s not in Sprint’s best interests to let Clearwire fail.

As part of the deal, Clearwire agreed to keep its WiMax network operational until 2015, which will give the companies time to build out their own LTE high-speed network.

The financing from Sprint gives Clearwire $926 million for unlimited network use for 2012 and 2013. The remaining financing is a prepaid fee for Sprint to use Clearwire’s LTE network, which should be available by June 2013.